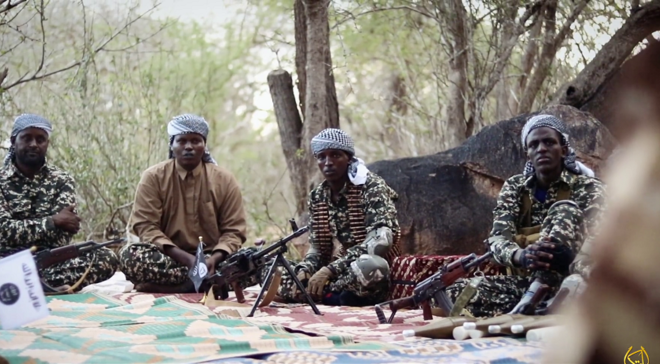 MOGADISHU, Somalia - Cracks continue to emerge within the Somalia-based Al-Shabaab militants with the latest reports indicating that group leader Ahmed Diriye has temporarily handed over the leadership to his deputy on interim basis amid rifts with another senior militant in charge of Amniyat, the intelligence wing.

According to the National Intelligence Security Agency [NISA], Somalia's spy agency which has been coordinating the fight against Al-Shabaab, Diriye has been battling with a "disease" and has since handed over to Abukar Aden, who is his deputy, in the latest transfer of power which comes amid escalating wrangles.

In a tweet, NISA, which operates under former Al-Jazeera journalist Fahad Yasin who still excessively close relations with Doha, said the group leader handed over to take a "break" and fix his deteriorating health but did not give further details on his whereabouts or when the supposed transfer of power took place.

"We have established that Al-Shabaab has effected leadership change after group leader Ahmed Omar Diriye fell ill. He has since handed over to his deputy Abukar Aden who is now supervising the group's activities," the spy agency said, in one of development which could trigger aggression towards the group by the allied forces.

Diriye's dwindling fortunes come at the time he's at loggerheads with Amniyat and finance boss Mahad Karate, one of the most wanted terrorists who is fighting for leadership change within Al-Shabaab, an Al-Qaeda linked group which is keen to topple the fragile UN-backed Somalia government.

Early this year, Diriye expelled Karate after some internal differences but the decision is yet to be effected after his faction threatened to create a parallel wing. According to intelligence sources, Karate's clan accused Diriye of "arrogance" and demanded that he cedes power to "new generation".

The wrangles are said to have also affected their internal operations including revenue collection leading to massive defections from the group. Those who quit have since surrendered to Somali National Army [SNA] and are in the process of being repatriated to the community.

Also expelled along with Mahad was Bashir Qorgab, an Amniyat commander who was on radar. Bashir Qorgab was killed in February following an airstrike conducted by the US Africa Command on the outskirts of Saakow town where he was operating from at the time he differed with Ahmed Omar Diriye.

Investigations done by the US Africa Command indicated that Bashir Qorgab was the mastermind of the raid at a US Naval Base in Lamu, Kenya which left there Americans dead. The differences within Al-Shabaab are said to be handled by senior elders from Diriye and Mahad's clans.

Last weekend, Jubaland spy chief Col. Khalid Abdullahi also told reporters that top Al-Shabaab commanders are embroiled in what could break the group, which has been causing havoc in the Horn of Africa nation, adding that the murder and detention of another militant have significantly contributed to the impasse.

Abdullahi said the rift emerged after the death of Abdifatah Barre, who was a senior commander in Jubba regions and was respected among the top echelons of the group. He said a section of the militants has threatened to decamp following Barre's execution by the militants.

"They are in a deep problem and this is occasioned by the execution of Barre early this month. He was one of their most trusted fighters and death has brought about the current divisions. We are aware that some now want to quit the group," said the intelligence chief.

Al-Shabaab is said to be having close to 7,000 active fighters mainly within Somalia. The group mainly gets funds through Zakat but there are claims that some external financiers have been funding the group with a keen interest to destabilize the country.

For almost a decade, troops from the African Union Mission in Somalia have been trying to restore order. There is also an additional 500 Special Forces from the United States who train the sophisticated elite forces of Danab, who have been directly involved in the fight against Al-Shabaab.