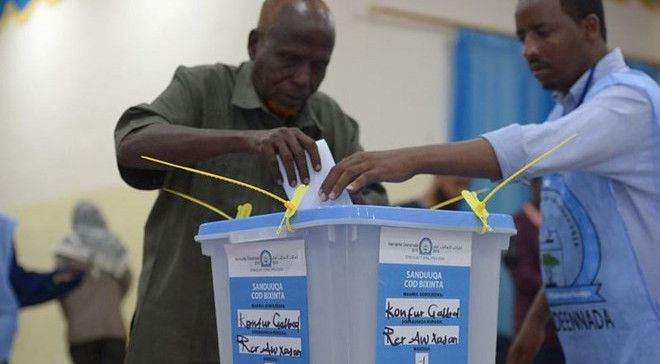 MOGADISHU, Somalia - After weeks of push and pull, Somalia has settled October 2021 for parliamentary polls, ending a stalemate that threatened the disintegration of the unity of the country, which is struggling with stability.

On Saturday, a poll agency commonly called Somalia Federal electoral Implementation Team [FEIT] said the election of the lawmakers of the Lower House will take place from Oct. 1 to Nov. 20.

From 25 this month, the preparation and registration of the committee that will select the delegates and the candidates for the parliament will begin. Further, the agency said the election of the Upper House [Senate] legislators will be concluded in two weeks.

Yet again, the certification of the members of the House of the People of the Federal Parliament of Somalia will begin on November 25th.

The delay by the poll agency to conduct elections almost plunged Somalia into a political crisis since Farmaajo’s term officially ended on Feb. 8 while the four-year term of parliament ended last year, which elections were to kick off.

For the record, Somalia has not held a direct one-person, one-vote election since 1969, the year dictator Siad Barre led a coup and went on to rule for two decades. Barre’s military regime collapsed in 1991 and Somalia sank into anarchy.

Elders from various clans are set to pick delegates for elections who are expected to pick Members of Parliament. The MPs along with the senators will then elect the president, in a race that has attracted a number of candidates including outgoing President Mohamed Abdullahi Farmaajo.

Others in the race include former Presidents Sharif Sheikh Ahmed and Hassan Sheikh Mohamud, former Prime Minister Hassan Ali Khaire and Wadajir party leader Abdirahman Abdishakur Warsame. There are reports that the opposition might field a single candidate.