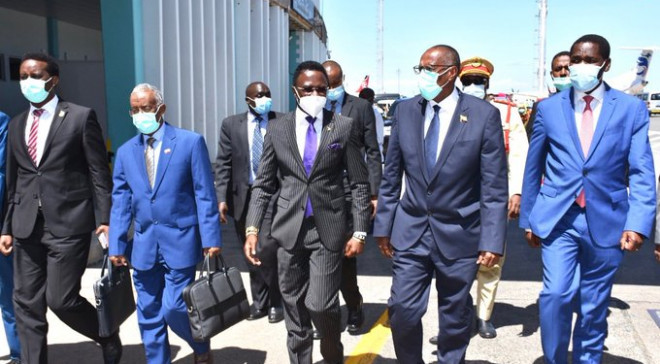 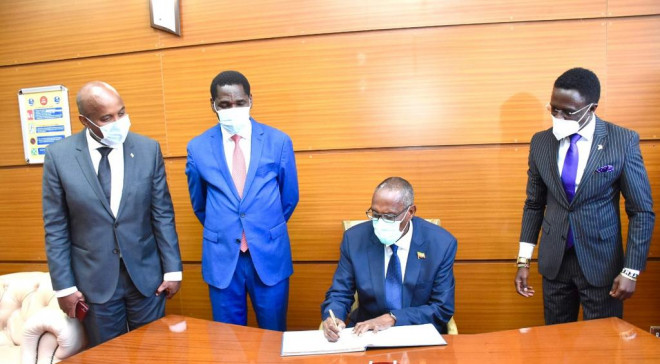 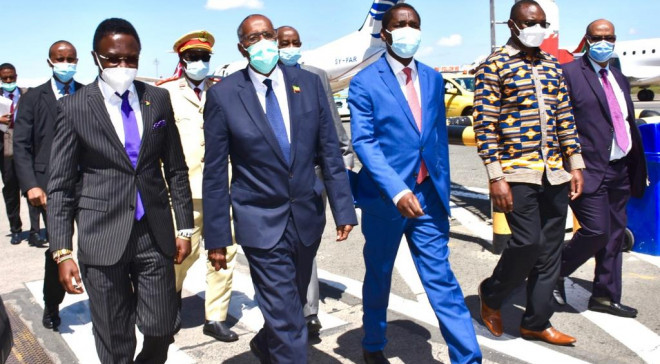 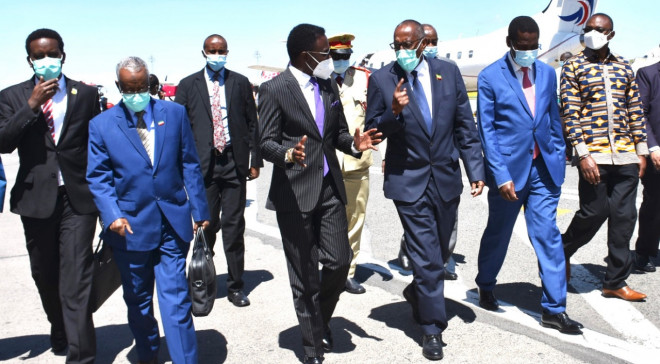 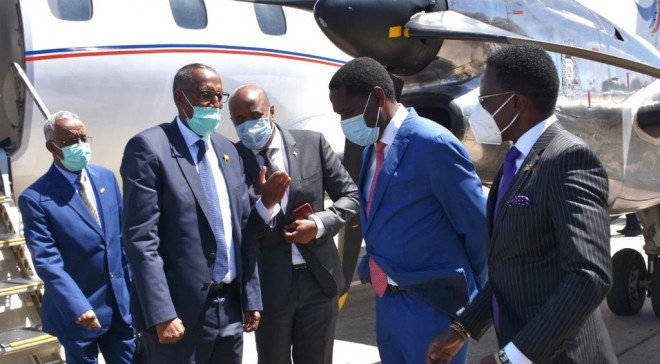 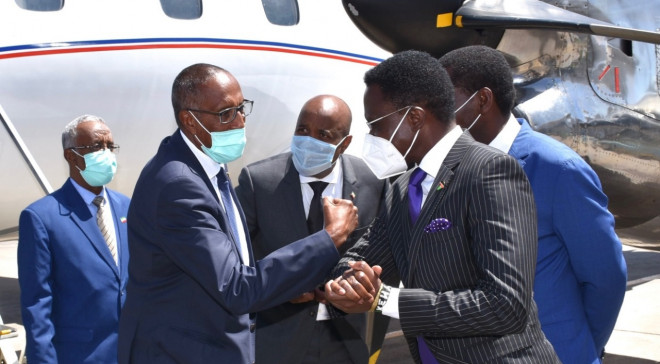 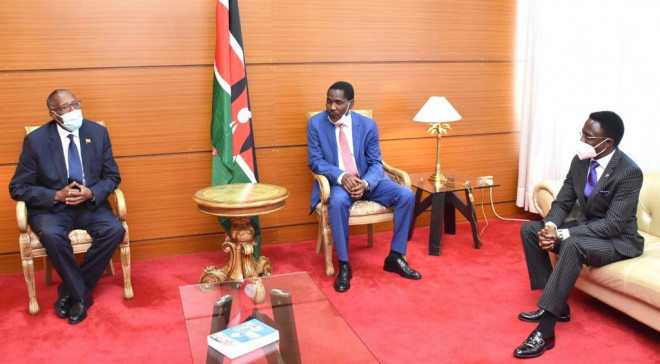 NAIROBI, Kenya - A delegation led by Muse Bihi Abdi, the president of Somaliland, a breakaway region in northern Somalia has arrived in Kenya on Sunday amid diplomatic tension between Nairobi and Mogadishu.

The trip comes just a fortnight after Somaliland interior minister Mohamed Kahin visited the East Africa nation, in what was a preparation plan to receive the president in Nairobi. The minister is one of the closest allies of Bihi, who has been at the helm since 2017 in the Horn of Africa nation.

Bihi and his delegation landed at the Jomo Kenyatta International Airport [JKIA] at 3 PM local time and was received by top Kenyan government officials, including Foreign Affairs Chief Administrative Secretary Ababu Namwamba was tasked to receive him.

Also at JKIA was Agriculture Cabinet minister Peter Munya, a close ally of President Uhuru Kenyatta and a senior politician in the Republic of Kenya.

Earlier in the morning, Somaliland's Ministry of Foreign Affairs revealed about the trip, which has after all been in offing for several months now, confirming in the process that Bihi was accompanied by seven cabinet members and senior government officials for the trip to Nairobi.

This is the second visit by a Somaliland leader following a similar one by President Kahin Riyale Kahin in 2006. Somaliland is an important partner in the Horn of Africa region in the fight against terrorism and particularly Al-Shabaab, an Al-Qaida-linked group with a huge base in Somalia.

Monday's meeting with Muse Bihi will be the last for President Uhuru Kenyatta, who is scheduled to proceed for a month-long leave effective December 15, 2020. The Kenyan leader has been closely monitoring events in the Horn of Africa according to close associates.

With the Djibouti process having failed, Russia chipped in a fortnight ago, calling for reconciliation between the two parties. Moscow is said to be keen on investing in the Horn of Africa but the strained relationship between Hargeisa and Mogadishu, which has been blowing hot and cold.

Bihi's visit to Kenya comes after Garowe Online established an ongoing debate in Kenya's cabinet that was weighing the possibility of recognizing Somaliland. While the progress cannot be determined, it could be however in the advanced stages following Bihi's visit to Nairobi.

In August, a delegation from Kenya lead by National Assembly Minority Whip Junet Mohamed visited Hargeisa, in a trip that is believed to have been a "fact-finding" mission. A source had told Garowe Online early this year that Bihi's trip to Nairobi is followed by another one to Hargeisa by opposition leader Raila Odinga.

Somalia usually accuses the UAE of working closely with the opposition which is keen to kick out President Mohamed Abdullahi Farmajo.