Egypt amasses allies to check Ethiopia stance on the Nile 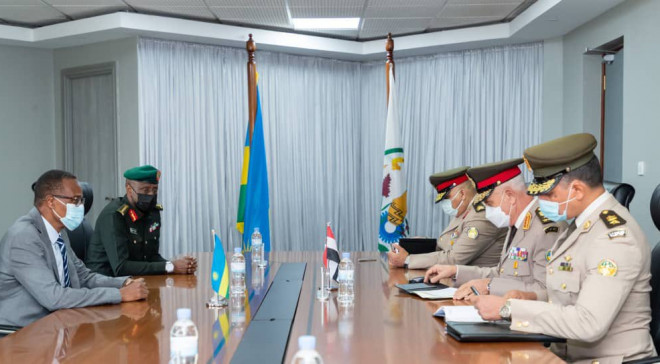 EDITORIAL | When Egyptian leader Abdel Fattah al-Sissi toured Djibouti last week on Thursday, it made history. In Djibouti’s 43 years of independence, no Egyptian President had visited. Yet al-Sissi wasn’t coming for tourism or to relax on the beaches of the tiny Horn of Africa country.

A dispatch released after a meeting between al-Sissi and his host Omar Ismail Guelleh said they had agreed on a “strategic partnership,” especially on fighting terrorism and other security matters, especially as both countries are anchor states in the Red Sea, one of the busiest shipping lanes in the world.

Indeed, security in this channel, especially in the Bab al-Mandeb Strait, is crucial.  And Egypt’s Suez Canal, the shortest sea route between Europe and Asia, allows Ships traveling through the Canal to save fuel and distance, but it doesn’t come for free. One expert estimate shows that ships pay as much as $101,000 in fees to be let through, making the Canal a crucial economic plank for Egypt. A security threat south in the Red Sea could be unwelcome.

Yet al-Sissi was also traveling on a second schedule: Securing the Nile waters. Djibouti doesn’t belong to the Nile Basin proper. Still, as a regional headquarters of the Intergovernmental Authority on Development, it routinely meets with Basin countries: Ethiopia, Sudan, Uganda, South Sudan, and Kenya, who are members of the bloc. Other Basin countries include Tanzania, the Democratic Republic of Congo [current chair of the African Union], Rwanda, and Burundi.

The communique in Djibouti City said the Egyptian leader wants a “fair and binding” agreement on the filling, operation, and management of the Grand Renaissance Dam [GERD] on the Blue Nile in Ethiopia.

To him, such a deal will prevent tensions and stabilize the region “and preserve the interests of all parties.”

Built at an estimated cost of $5 billion, the GERD is Ethiopia’s premier hydropower project with a reservoir of 74 cubic meters and the capacity to produce up to 6400MW of power when fully functioning. It has been under construction, in the Benishangul-Gumuz region near the border with Sudan, since 2011.

Ethiopia has argued that it is merely using its rightful resource to help provide the much-needed power to develop the country of 110 million people and has called on the region that shares the world’s longest river to “rethink” its usage. Seleshi Bekele, the Ethiopian Minister for Water, Irrigation, and Energy, argues the dam’s reservoir will help prevent flooding in Sudanese plains. “It is designed smart as filling and construction go in parallel, constructed as high quality and state of the modern art facility,” he says.

Egypt’s worry, though, is that it relies on the Nile 90 percent of the time for fresh water and sees the GERD as a project that will reduce the amount of water reaching Cairo. Although Ethiopia has argued the facility will only delay, not stop, the water flow, some experts think Cairo argues.

One study by the Horn International Institute of Strategic Studies in Nairobi found that the amount of water reaching Egypt will reduce in opposite proportion to the number of years it will take to fill the dam. It saw that if the dam takes 21 years to fill, Egypt’s irrigated agricultural land will shrink by 2.5 percent due to a loss of 3 billion cubic meters. This proposal has since been climbed down. The countries are now deadlocked for 7 and 10 years. The study showed that Egypt could lose as much as a third of its irrigated acreage if filled in seven years and nearly a fifth if filled in ten years.

Yet not sharing the river’s water is not an option.

“In the end, any agreement, be it an interim solution or a permanent treaty, which brings further clarity to the sharing of the Nile water resources, would be much needed for enhancing regional stability.

“For any potential success, all parties should abandon hardline positions and be ready to compromise. Such goodwill would go a long way for establishing a precedent for the necessary future cooperation among the Nile states,” the Horn Institute concluded in a separate report.

Ethiopia, which is the source of nearly 85 percent of the Nile water, feels it has not utilized its resource well. Egypt, though has relied on an archaic treaty signed with riparian countries. An initial agreement [signed between Egypt and the British colonial government in East Africa] in 1929 gave Egypt a share of 48 billion cubic meters of water, more than half of the Nile’s annual flow into the Mediterranean. In 1959, Egypt and Sudan signed another bilateral deal, sharing out the Nile water between themselves. It meant that Egypt would be entitled to 55 billion cubic meters and Sudan some 18 billion. Neither Ethiopia nor the other riparian countries directly participated in the agreements.

Since then, independent east African countries from the Nile Basin have tried to renegotiate a treaty to change the water share percentages, but Egypt stood hard on its share. The previous deals were so bad they barred riparian countries from taking sovereign projects on the Nile, such as building canals or dams.

In failing to reach an agreement, Ethiopia and Egypt have instead focused on amassing allies. The current failed talks have been mediated by the African Union Chairman Congolese President Felix Tshisekedi. Several rounds went without a solution. Tshisekedi has been doing rounds, too, telling members reasons for the stall. Ethiopia says the SU will help, Egypt says the AU may need external help.

On May 31, Ethiopian Ambassador to Tanzania, Yonas Yosef pushed the envelope further, seeking the support of Dar es Salaam in having the matter retained at AU. A report by the state-affiliated Fana Broadcasting Corporation reported that Tanzanian Foreign Minister Liberata Mulamula had agreed to endorse the AU.

Yet, getting support for AU-led mediation will only be half the strategy. Egyptians have been going around as well, cementing military and defense agreements with riparian countries. Egyptian Chief of Army Staff Lt-Gen Mohamed Farid Hegazy was in Nairobi and Kigali last week, where he signed agreements on Defence cooperation.

“He stressed the sincere political will that Egypt demonstrated during all rounds of talks, hoping to steer a serious negotiation path leading to a binding legal agreement on the GERD filling and operation,” said Egyptian Foreign Ministry Spokesman Ahmed Hafez at the time.

Egypt has since signed a military intelligence-sharing agreement with Uganda, a military cooperation MoU with Sudan, and has courted South Sudan by dangling the development of the Jonglei canal in exchange for support. In Uganda, Maj-Gen Sameh Saber El-Degwi, the Egyptian Intelligence Department official who signed the security agreement, was candid: “The fact that Uganda and Egypt share the Nile, cooperation between the two countries is inevitable because what affects Ugandans will in one way or another affect Egypt,” he said.

It is unlikely how far this deal could influence Uganda’s stance. In the past, President Yoweri Museveni criticized Egypt’s reluctance to allow riparian countries to utilize the Nile. And Ethiopia has existing bilateral ties with some of the Basin countries. It has a mutual defense pact with Kenya, for example, signed more than 50 years ago.

Whether the military alliances could mean anything for the Nile is yet to be seen. But at least the Nile, despite its length, doesn’t carry the most significant volume of water. That, at least, could also show that Egypt’s real intention is beyond the Nile, perhaps to checkmate rivals like Turkey. 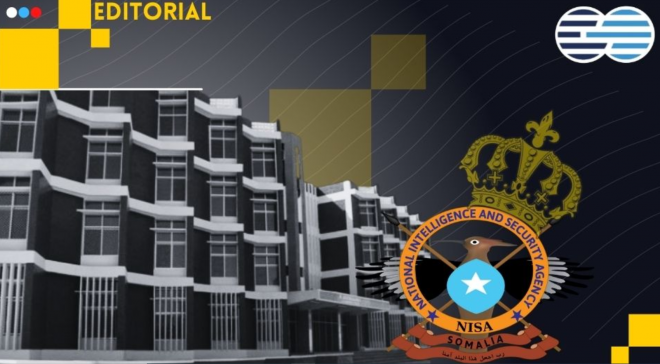 EDITORIAL: As Somalia's Intelligence service parades impunity, who will cut their legs?

A credible election in the Horn of Africa country will dilute their overreach and pool a group of leaders who will not stand impunity. 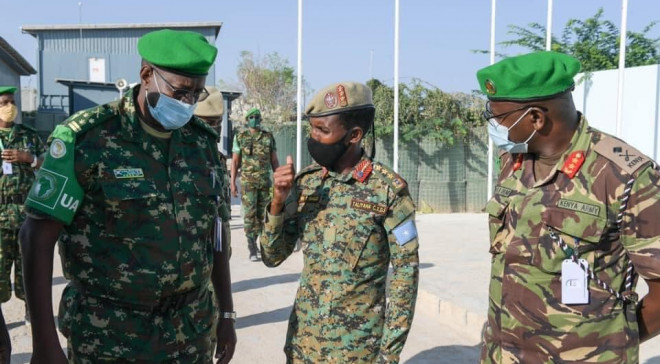 Reports of broken communication between the African Union Mission forces and the Somali National Army [SNA] are unfortunate. 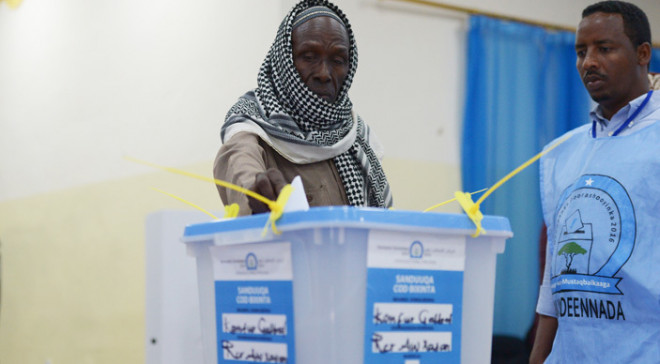 EDITORIAL: A rigged election in Somalia will sink us all, Farmajo included 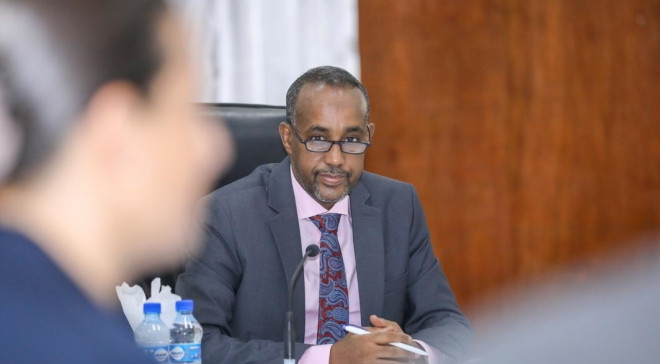 EDITORIAL: The small hiccups PM Roble must address ahead of Somalia's elections 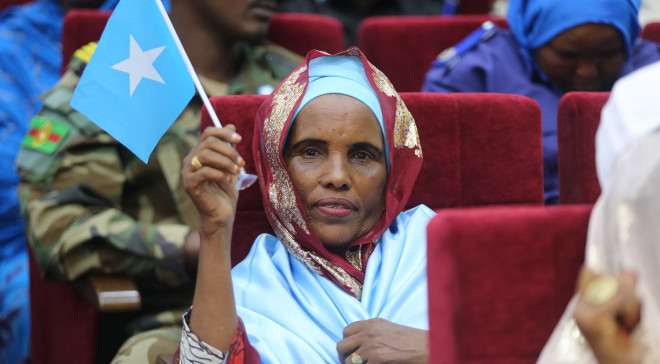 EDITORIAL: On Independence Day, Somalia should yearn for a rebirth 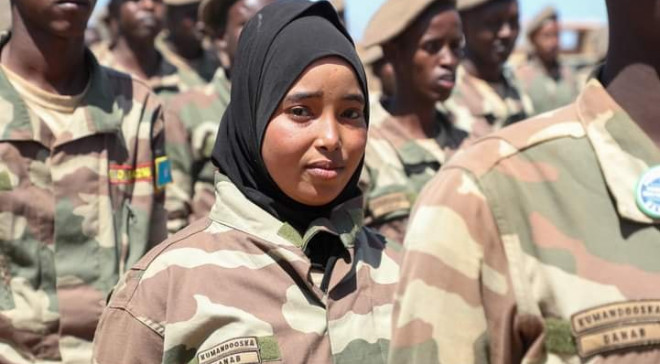 “For any potential success, all parties should abandon hardline positions and be ready to compromise. Such goodwill would go a long way for establishing a precedent for the necessary future cooperation among the Nile states,” the Horn Institute said on a report published.