In Somalia, the electoral model becomes a sticking point that could make or break the historic poll plan 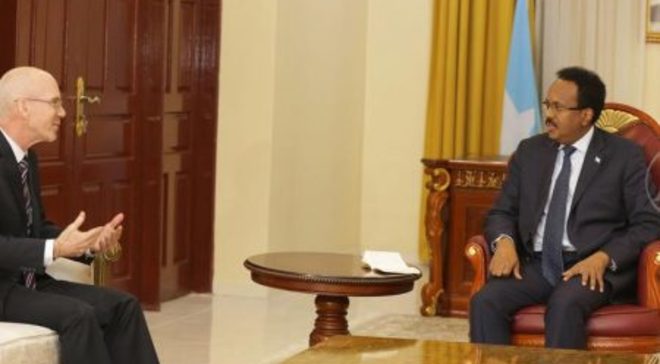 EDITORIAL| Two things happened this week, all affecting Somalia. The IMF board approved a financial arrangement that could see the Institution cover its proportion of debt relief for Somalia.

The financing plan which includes grants would be used to settle some of the debts Somalia owes, making Mogadishu start righting relations with lenders in an arrangement known as Heavily Indebted Poor Country Initiative (HIPC).

“It is a positive step towards debt relief which could be a good opportunity for Somalia to get investments, which I hope will go through a fair, just and transparent system,” Somali Senator Ilyas Ali Hassan told Garowe Online on Wednesday.

Debt relief should have been a big deal in Somalia because it seeks to unblock access to international financial credit needed to build roads, equip and train public service as well as ensure government guarantees to lenders for the private corporations.

Instead, the second incident is what is creating heat. The Somali Parliament has been debating contents of the electoral bill, which could define next year’s elections.

Somalia’s two levels of the Federal Parliament, known as the House of the People and the Senate, could this month make history, by determining how this country votes next year. Or they could plunge it further into chaos.

And assuming Somalia votes at all, the key questions would be whether it would be on time and who will actually vote. The Somali Transition Plan envisioned four years ago says every eligible Somali should vote in what is popularly referred to as One Person One Vote system (1P1V).

Yet there seem to be conflicting positions on the very 1P1V [One Person, One Vote]. In public, President Farmaajo and his cabinet say only 1P1V will help the country avoid the scourge of Shabaab's, by locking out ineligible candidates tainted by extremism.

In private, the Executive wants a model that makes entire Somalia be a constituency where parties, rather than candidates, compete and then nominates people to be representatives, based on votes gathered.

While this could help deal with certain costs of the poll, some sources indicated there had been no consensus between Farmaajo and his Prime Minister on whether Parliament should have a role electing a president.

In fact, opposition groups were on Wednesday raising suspicions that this method was unconstitutional and that the vote could be skewed as insecure regions may be unable to hold elections, making it possible for the incumbent to win seats in areas it controls.

Mohamed Hassan Idriss, a Federal MP who is allied with opposition coalition the Forum for National Parties said no model will be accepted if imposed on the people.

“If you ask my view, elections must be held in line with the agreement of all Somali political stakeholders. Period! This is not a wish.”

The Federal Parliament could next week be debating further changes to the electoral bill. But it is a problem that should have been seen earlier, according to Mogadishu-based Somali lawyer Hamza Abdikadir Sadik.

Analyzing political scene in the past few years, Sadik says President Farmaajo should have learned earlier any bulldozing will be resisted. Three years ago, the Somali federal cabinet endorsed a draft model known as Proportional Representation (PR), a system where eligible political parties enter the race as candidates and gain seats in parliament based on votes garnered in the election.

Except opponents argued this suggestion had not been subjected to public views. When the Somali Federal Parliament formed a committee, it endorsed another model where the winner of majority votes clinches the seat. That proposal is due for debate on the floor of Parliament next week.

Yet it might not be all Somalia needs now.

“None of the prerequisites for a legitimate and credible universal elections nave been adequately addressed and signed off,” Sadik told Garowe Online, referring to constitutional review, security transition, and formation of key electoral and judicial organs.

Benadir region, which hosts Mogadishu, and the status Somaliland which has sought independence from Somalia, he argued, are the two other issues that need addressing to avoid causing new instability problems

“The preparation for the transition to universal suffrage based on political parties has lost momentum and any attempt to create a mishmash process will more likely increase election fraud,” he argued, referring to the decision by the FNP to pull a plug on dialogue with the government on Thursday.

But Somalia can’t risk not holding the polls at all. The risk hovers on both federal and federal state governments, Sadik explained.

“Not holding free and fair elections on time could erode the little trust Somalis may have in Villa Somalia. If regional states and political parties remain intentionally docile on the matter, they could also risk losing legitimacy. This historic election could break or mend Somalia.”

Just how did Somalia reach here? The historic poll was planned for right from the time the Transitional Federal Government of Somalia was created on home soil more than a decade ago. In the polls that followed, Somalis voted through a system known as 4.5. Four main clans plus several other small ones sent delegates to Mogadishu to elect MPs who would elect a speaker and the president of the country.

“It worked at the time but it was not a solution,” Idriss told Garowe Online. “What the people want now is a system they can use to directly choose their leaders.”

The government position, one minister argued, is that 4.5 now could allow Shabaab to infiltrate the politics because “the elders (who nominate delegates) are now tainted or threatened” to send delegates sympathetic to the terrorist group.

But can Somalia hold one person one vote next year? Somalia’s former Planning Minister, now a leader of the Wadajir Party, accuses the government of looking away from the reality on the ground.

“Anyone who entertains the idea of one person one vote next year is to insinuate term extension. We have to face reality and engage in dialogue to agree on an inclusive, timely, improved model of the 2016 elections in accordance with the constitution.

On Wednesday, international partners led by the UN said any electoral model must “respect the constitution” and ensure that the federal elections are held on time “without extension of the terms of the Executive or parliament.”

Fair representation of all Somali communities and affording the Somali people the opportunity to directly elect their representatives through one person one vote, said James Swan, the UN representative in Somalia,  should form key criteria that will also include the adequate role of political parties and participation of women.

“The partners call on the House of the People and the Senate of the Federal Parliament to complete adoption of the Electoral Bill and the revised Political Parties law by end of 2019,” Swan said, according to a statement.

While they called on institutions in Somalia to “set aside their differences and engage in constructive dialogue,” the FNP announced it was stopping any further engagements until the federal government pledges to be sharing discussions with the public as a show of commitment to finding a solution.

And while they have not announced whether to front one candidate yet, their demands are similar to what the international partners have called for.

The group said it will oppose any election that does not meet constitution and “which disregards a faithful and sincere mechanism through which all stakeholders could find a common ground for holding acceptable, free and fair elections on time and in line with existing constitutional and other legal frameworks.”

“It would be unfair to expect FNP to waste time in fruitless discussions with a President who has a habit of nodding in meetings but lacks the courage to share the outcome with the public,” they said.

Some of the coalition’s partners, however, were open to alternatives as long as they were formed from public consensus.

“The model that will come out of the current discussions will be feasible, if the one person one vote will not be possible,” Abdikadir Osoble, Leader of Ilays Party said.

“We need to go for election, whichever model is suitable for our current situation. Any extension by Parliament may encourage extension for the President which will be unacceptable.”

Some politicians had actually called for a delay for the polls and in turn, extend the term of parliament by two years to allow them to elect an interim president. But critics such as Abdishakur argued there is no evidence the government could use the extension to organize an appropriate poll. 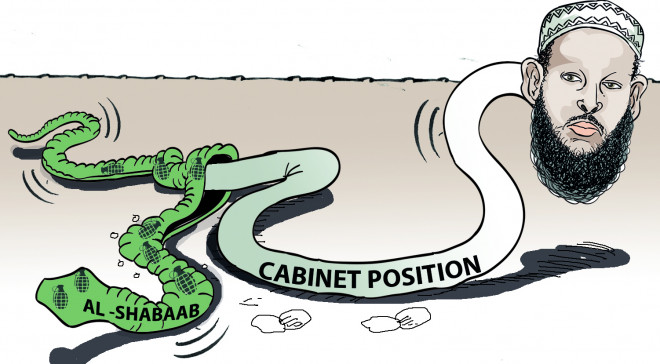 Somalia: Many ways to tame al-Shabaab, each with care

Mukhtar Robow ‘Abu Mansur’ was often seen as the badge of terror, ordering suicide bombs and other bits… 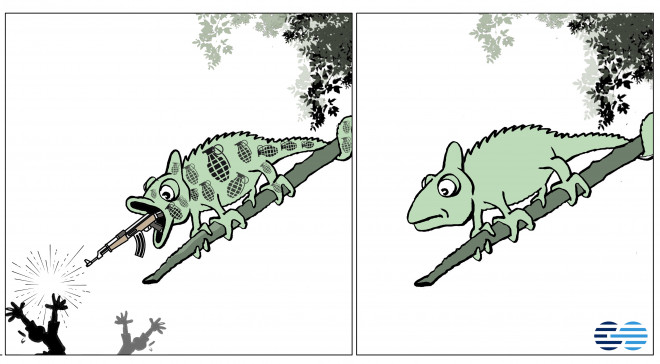 Somalia: Al-Shabaab never left, so we must keep our heads focused

This week’s attack in Ethiopia represents the first breach of Ethiopia’s fortress against al-Shabaab. 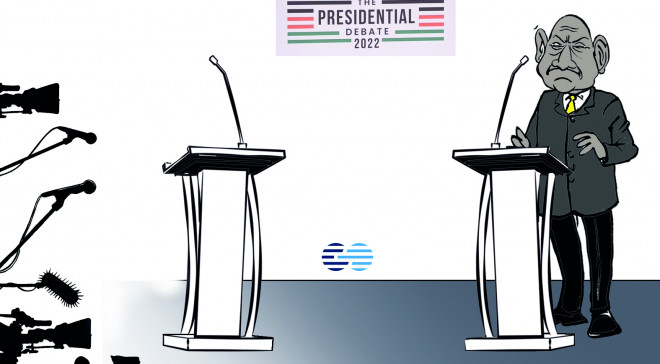 Will Kenya’s Odinga skip the debate? 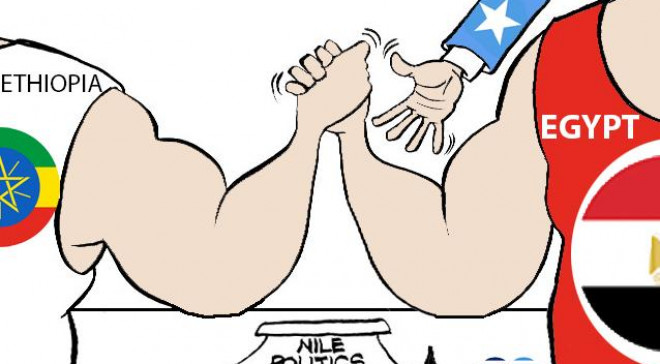 Somalia must walk with care on Nile politics 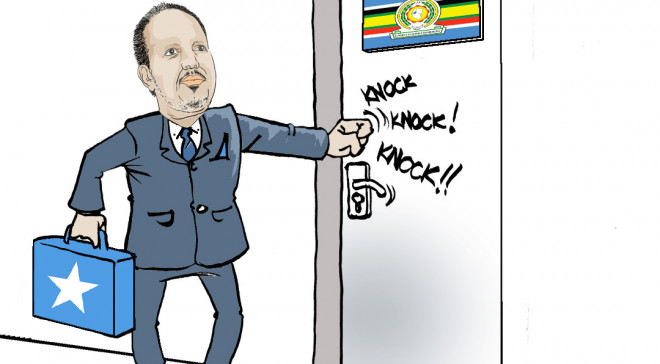 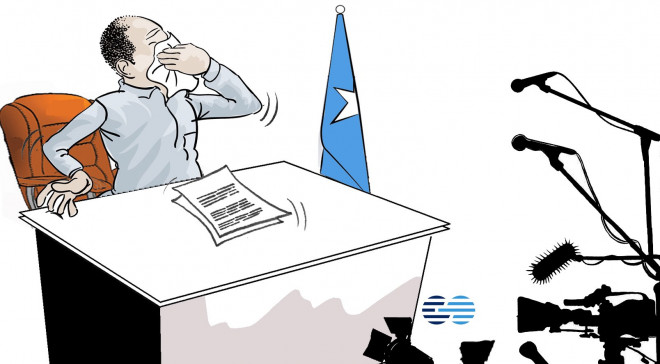 Somalia: Sooner or later, Mohamud will have to answer Eritrea's questions