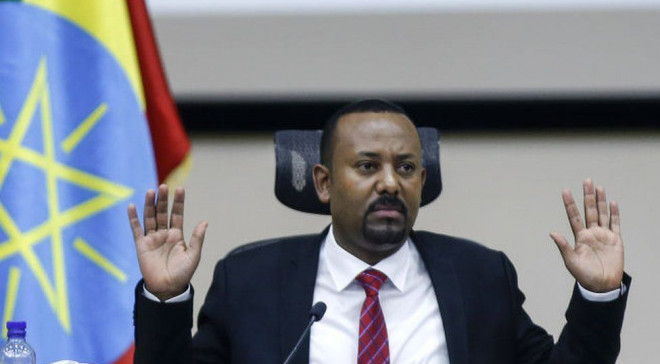 Monday's progress has, however, caused mixed reactions did to conflicting reports. On one side, the TDF claimed to have flushed out ENDF, adding that the victory came after months of strategic movements leading to the consolidation of their bases.

They followed recent reports of an escalation in fighting between government troops and the Tigray's former governing party, the Tigray People's Liberation Front [TPLF], outside Mekelle.

"The capital of Tigray, Mekelle, is under our control," Getachew Reda, a TPLF spokesperson, told Reuters by satellite phone on Monday night.

Ethiopia's government on the other hand said it was declaring a ceasefire following a request from the interim regional administration in Tigray, which Addis Ababa appointed after ousting TPLF forces.

"This unilateral ceasefire declaration starts from today June 28, 2021, and will stay until the farming season ends," the federal government said in a statement late on Monday. Ethiopia's main planting season lasts from May to September.

Reuters could not immediately establish whether the ceasefire was discussed with the TPLF.

"Until all our enemies leave Tigray, we will fight," Liya Kassa, another TPLF spokesperson, said in an audio statement posted late on Monday on the Facebook page of the party-affiliated Tigrai Media House.

Eritrea to the north and the neighboring region of Amhara to the south both sent troops into Tigray to support Prime Minister Abiy Ahmed's government after it accused the TPLF of attacking military bases across the region in early November.

The Ethiopian prime minister's spokesperson and the military's spokesperson did not respond to telephone calls and messages seeking comment. The TPLF could not immediately be reached for comment on the ceasefire.

But what does Mekelle's take over mean?

Although the Ethiopian government still insists on a ceasefire, evidence shows the federal troops were outshined by the Tigray Defense Forces, who are said to have been strategic, focused, and determined to regain their traditional territories.

Most of the battles started reaching climax two weeks ago given that TDF has broken the back of the ENDF and taken control of most of Tigray. The armed forces do not possess the leadership, capacity, resources, or time to rebuild from their recent rout.

Alex de Waal, the Executive Director of the World Peace Foundation at The Fletcher School of Law and Diplomacy at Tufts University, believes that the conflict in the Tigray region may be the beginning of the end of Abiy Ahmed, the Prime Minister of Ethiopia who won the Nobel Peace Prize in 2019.

"PM Abiy Ahmed has been taking the line that the troubles in Tigray are only a road bump on the track to a great Ethiopia. It appears that the road bump has broken the chassis of his great Ethiopian project," he says in one of his commentaries.

"If Abiy acts according to form, he will deny the reality, blame everyone except himself, and ratchet up the level of incitement and vengefulness. Given that those are the habits that have got him – and Ethiopia – into this crisis, it seems probable that more of the same will only deepen the problem, perhaps to a point at which the country cannot recover."

The TDF had retreated to remote villages even as ENDF and Eritrea troops continued to massacre civilians in Tigray, but that capture of Mekelle may after all give the conflict a new dimension. TPLF was formed in the 1970s to fight for self-determination but it would later join the coalition government.

The declaration of ceasefire, Alex de Waal notes, is an "empty statement" given that Addis Ababa had initially ruled out a peaceful settlement of the crisis. The Ethiopian ‘ceasefire’ keeps Eritreans in occupation of substantial parts of Tigray and has no provisions for humanitarian access.

They declared a unilateral ceasefire because they don’t want to open negotiations with the TDF/TPLF. But that is what they will have to do if they are serious about the political future of the country.

A ceasefire can mean many things

The Ethiopian ‘ceasefire’ keeps Eritreans in occupation of substantial parts of Tigray and has no provisions for humanitarian access. It could be an armed truce to try to rearm while continuing to use hunger as a weapon, blockading Tigray, he noted.

A peace mediator would want the parties to negotiate on a full package of items to constitute a comprehensive ceasefire. These would include protection of civilians, humanitarian access, the release of prisoners, redeployment of foreign forces out of the contested zone, third-party monitoring, investigation of war crimes, and steps towards political negotiations.

Abiy managed to sustain the myth that he was a victorious warrior for just long enough for him to win acclaim from an electorate desperate for a strong leader. He could use that mandate to reverse course and negotiate with the TPLF/TDF on equal terms. Such humility is necessary but would be out of character.

The TDF won its battles without external support, though it was helped on its way by some remarkable miscalculations by the ENDF generals, and probably by Abiy himself.

The TDF has not yet engaged the Eritrean Defense Force at scale. The EDF is a tougher proposition than the ENDF. President Isaias Afewerki may decide to deepen his involvement in Ethiopia, thereby escalating and broadening the war, or he could decide instead to withdraw.

Isaias will take that decision solely in his own interest, but the TDF could also force his hand, as their view is that they cannot be secure while he remains in power, and they have a better chance of a decisive military victory while the EDF is inside Tigray.

"The last eight months of slaughter, atrocity, and destruction have demonstrated two elementary truths. First, the war has proven the old TPLF adage that a people, politically aware, mobilized, and armed, cannot be ruled against their will," Waal says. "Second, it has shown that the dream of a great martial imperial Ethiopia was a dangerous illusion, and those who believed in it have led their country towards collapse."

There should be a ceasefire – but not the empty words of the Federal Government today. What’s needed is a comprehensive ceasefire as the basis for protecting civilians, ending famine, removing Eritrean forces, and bringing about a definitive political settlement, he adds.

Although both parties are claiming dividends in the truce and take over of Mekelle, one certain thing that has come out of the conflict is that the ENDF troops are significantly weakened. The troops have been largely depending on external forces for the capture of Tigray.

For instance, for the most part of the conflict, the Eritrea troops and the Amhara regional forces were accused of taking control of many parts of Tigray in pursuit of TDF. The troops are now facing allegations of mass murder and genocide in Tigray.

A report published by the UN Special Rapporteur to Eritrea pointed fingers at Eritrea troops for mass murder in Tigray, with the report also adding that a number of Somali soldiers training in Eritrea was sighted in several parts of northern Tigray.

"TDF has taken control of Mekelle. Hugely symbolic, a big blow to Ethiopian and Eritrean troops. Addis government now wants a ceasefire but that would likely not be acceptable to the Tigrayans," notes Rashid Abdi, an analyst on Horn of Africa affairs.

"TDF has some of the best military strategists in Ethiopia. That gave them an edge over the new ENDF. They are also fighting in home soil, enjoy the overwhelming support of the public." "Prime Minister Abiy and Foreign Minister Demeke Mekonnen don’t have an army in Tigray capable of firing a shot," adds Waal.

The conflict was largely triggered by Abiy Ahmed's high-handedness on the country's internal politics, which seemingly segregated most parts of the Tigray region, which has been in government for decades. Abiy comes from ethnic Oromo.

After it was sidelined at the national level, the TPLF was accused by Abiy's government of seeking to destabilize Ethiopia by orchestrating ethnic violence across the country. Abiy had promised to hold the country's first truly democratic elections last summer. However, citing the COVID-19 pandemic, he postponed them.

The TPLF said that delaying the vote amounted to an unconstitutional extension of Abiy's presidential term. The group then held its own regional elections anyway, claiming a decisive win. Abiy's government subsequently declared the Tigray elections invalid.

The two sides called each other illegitimate in the lead-up to the TPLF attack on the Sero base. In response, the government sent the Ethiopian National Defense Forces, backed by soldiers from the Amhara region, which borders Tigray. 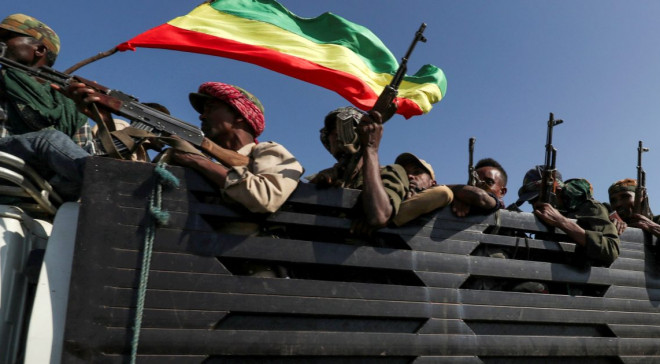 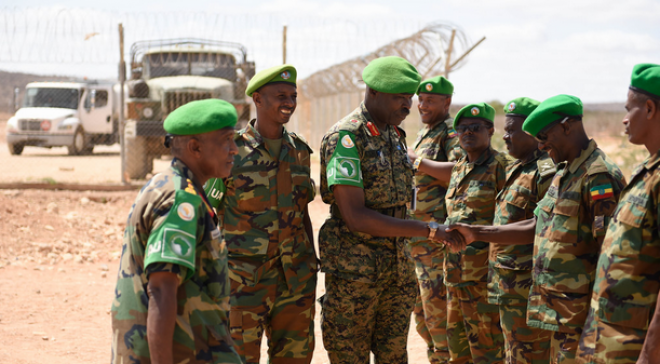 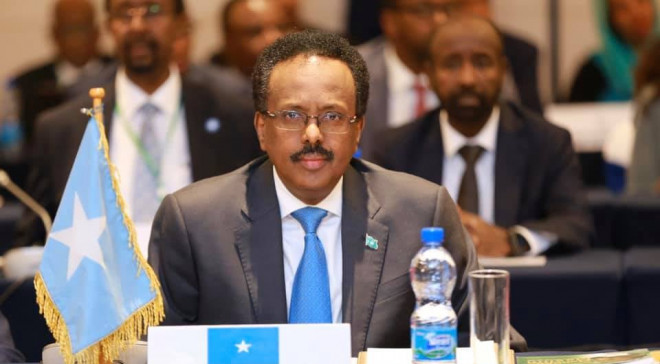 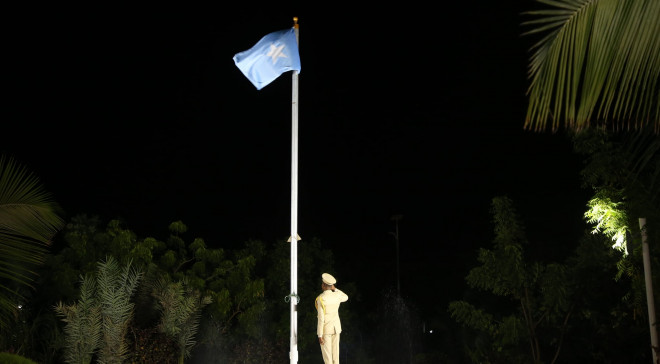 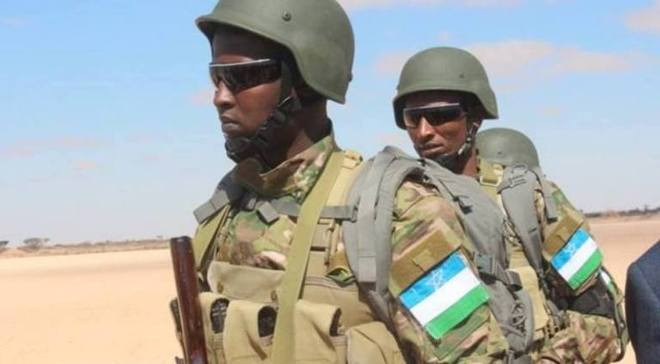 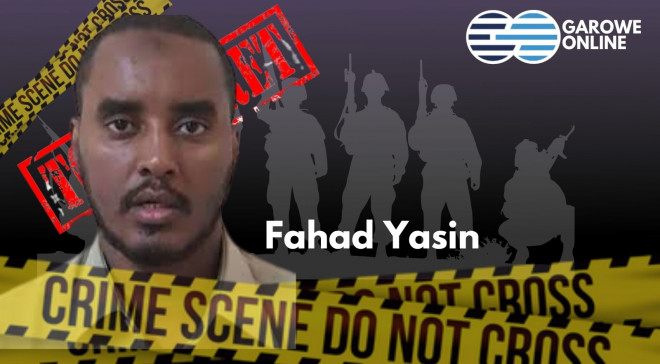 Fahad's final bow: How NISA changes signals a crisis in the making for Somalia's next government