Not yet recognized, Somaliland marks 30 years of self-rule with vast challenges 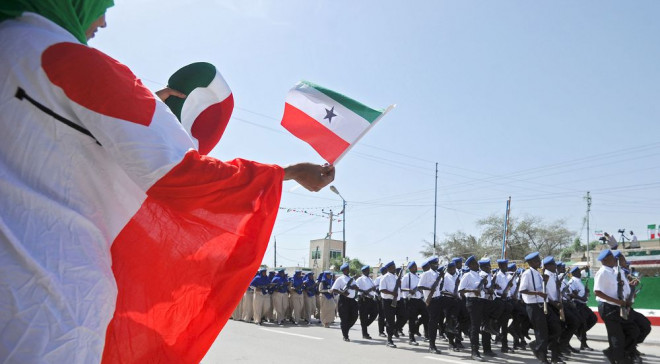 HARGEISA, Somalia - Three decades ago today, Somaliland made a risky yet bold move by declaring self-independence on 18th May 1991, something that was seen as a "passing crowd" but which has fairly proved to be the most decisive moment in the region's history, today.

Somaliland was a British protectorate and managed to secure independence from Britons on June 26, 1960, and about six days later, Somalia was accorded similar recognition by the Italians. Due to shared prosperity, the two sides merged in a union, which to date has raised a host of questions.

After declaring independence, the obvious challenges of forming a stable state were characterized by internal divisions but eventually, most delegates settled on Mohamed Haji Ibrahim Egal as the new President. He was an experienced Isaaq-politician but had not supported the guerrillas.

His government demobilized the militias and introduced the Somaliland Shilling as the new currency. Reconstruction work began, especially in Hargeysa and Bur’o. Diaspora Somalis invested in shops, hotels, and schools.

Egal’s government held a constitutional referendum in 2001. At the heart of the new constitution were the reaffirmation of independence and the introduction of a multi-party system. A large majority agreed.

Democratization began with the establishment of political parties and the holding of elections in 2002. The unexpected death of Egal that May did not stop the momentum.

On Tuesday, current President Muse Bihi Abdi congratulated the people of Somaliland on their independence, despite the fact that they are yet to be recognized internationally. There have been deliberate efforts to push for the region's statehood but such moves are yet to yield much.

"We've succeeded a lot that many in the Horn of Africa and the world didn't achieve in the past 30 years away from Somalia," said Muse Bihi Abdi, adding that the region will continue working hard to set international standards, including by promoting peace and stability.

In most cases, building an administration from scratch can be a little bit challenging. For instance, matters to do with security and development are difficult to handle, but this has never been a big challenge in Somaliland, which is still yearning for statehood.

The region shares the problems with the rest of Somali states which are still struggling with inter-clan conflicts, power struggles, and Al-Shabaab menace despite the Al-Shabaab seems to be in control of many regions in Central and Southern Somalia.

There have been notable clashes in Sool and Sanag regions which remain disputed. While Somaliland claims the territories, the Puntland state has also claimed ownership, leading to constant border clashes, thus threatening the peace and stability of the region.

Generally, Somaliland has proved to be a major investment region in the Horn of Africa, providing opportunities to the outside world. For instance, the United Arab Emirates [UAE] has put massive investments in the region, including the construction of Berbera Port.

In this regard, Somaliland, Ethiopia, and United Arab Emirates have penned a deal that would see the construction of a major road from Ethiopia to Somaliland. Once complete, this project could dwindle the fortunes of the Port of Djibouti, which has been a key investment in the Horn of Africa.

Due to the relative peace, there are also considerations by some countries to set military bases in the region, another key milestone in terms of security progress. Currently, most foreign countries have preferred Djibouti as the safe haven for military training.

Despite being young, Somaliland is now making major steps in democratization, as enshrined in robust internal processes. But for several years now, the country is yet to hold direct elections, something which had raised concerns among international partners.

In fact, questions on media freedoms ranging from arbitrary arrests of journalists and detentions had almost created a negative image, but opportunities and willingness to learn have vindicated Somaliland over seasons. In recent months, there have been cases of harassment targeting journalists and activists.

After several meetings between the government of Muse Bihi Abdi and the opposition, the region has come up with a clear path to direct elections. On May 31, most residents of the region will be participating in civil and parliamentary elections, a total contrast to Somalia, which is still wrangling over the model for 2021 polls.

But it's the question of recognition that continues to be a thorn in flesh given umpteenth attempts. While the region has made a lot of efforts in putting diplomatic presence around the world, ties with Mogadishu continue to be an impediment, given the persistent quest for the territory.

In July last year, Djibouti and Ethiopia also organized a forum to bring Somaliland and Somalia together, but nothing meaningful came out. Somaliland still maintains its quest for sovereignty and has been mobilizing countries globally to stand with her. Last year, Muse Bihi Abdi also pitched a tent in Nairobi, something which angered Mogadishu, leading to a strained relationship between Kenya and Somalia.

Globally, the countries are against recognizing Somaliland. Italy retains economic interests in southern Somalia, and members of the older Somali elite still have relations to the former colonial power. Egypt supports Somali unity to keep Ethiopia, its rival over the Nile water, under control. The Arab states prefer a united, strong Somalia in the Horn.

The US and most EU countries seek to stabilize Somalia, which wouldn’t be helped by recognizing Somaliland. The African Union (AU) meanwhile insists that the continent’s colonial borders should be respected to avoid unpredictable secessionist dynamics.

The usual position of those taking a benevolent stance towards Somaliland’s independence is that Mogadishu and Hargeysa should negotiate. Some discussions have taken place already, albeit without results. Mogadishu does not want to let Somaliland go, while Hargeysa refuses to return to the status quo ante.

Despite notable progress in Somaliland, the region is facing a host of challenges even as it pushes for international recognition. The eastern part of Somaliland mainly Awdal, Sool, and Sanaag, despite having been a British protectorate have traditionally opposed secession ideas and instead, pushed for the union with the south, leading to constant conflict with Hargeisa.

Along with Sool and Sanag, Somaliland has often been in conflict with the Puntland state over ownership, leading to aggression from Hargeisa at times. The region has often deployed her military to the disputed area, a move that is seen as a provocation to Garowe.

In August 2020, Puntland President Said Abdullahi Deni threatened to disown Djibouti-led talks involving Somalia and Somaliland, arguing that "we must be part of the process". Deni further warned that Puntland will be forced to deploy her military to the area should Somaliland fail to withdraw her troops.

Freedoms of media and speech have repeatedly been abused by Somaliland, leading to international outcry. A number of journalists have been arrested and detained without trial while politicians who support Mogadishu have often been banished from Hargeisa.

In 2020, Somaliland Authorities arrested journalist Ali Fuad of SAABTV. Reasons for his arrest were unclear but reports say the journalist was arrested over a statement he wrote on Facebook criticizing police officers. In 2018, journalist AbdiMalik Oldon's mother was also arrested because he met Farmajo.

Last year, the offices of the main opposition party, Waddani, were attacked by security forces leading to subsequent arrests of top officials. This was seen as a strategy to gag the opposition, which had questioned the unprecedented delay of elections.

30 years after its declaration of independence, Somaliland is still at the margins of the international system, despite considerable successes regarding peace and state-building and massive diaspora investments. Generally, non-recognition in itself is a big problem. 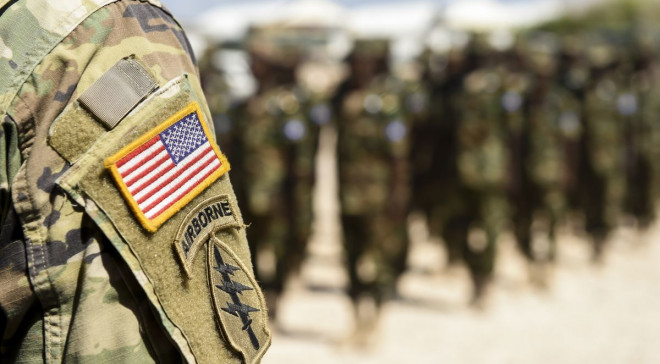 The role of the US military in Somalia will not change after all given that they will still focus on military activities, political, economic, and humanitarian dimensions.

He added, "This is the best way for us to continue what has remained a very valuable advise-and-assist and training mission." 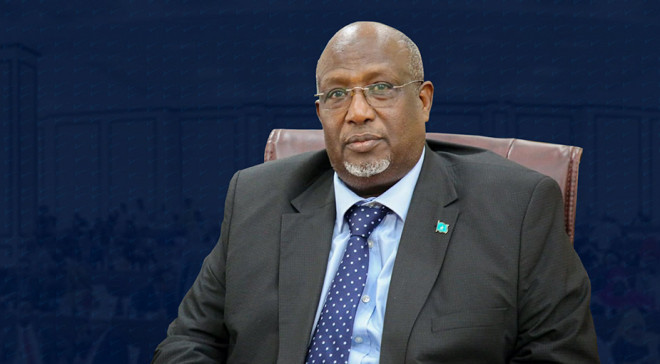 Somalia: End of an era: How opposition MPs plotted Farmajo's downfall in parliament 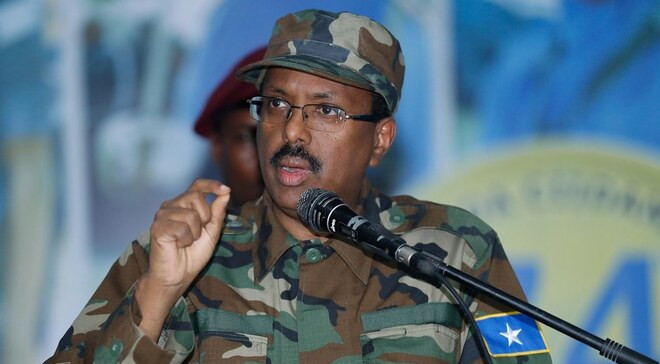 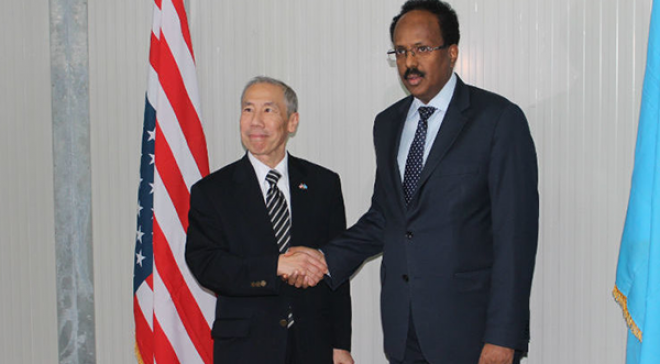 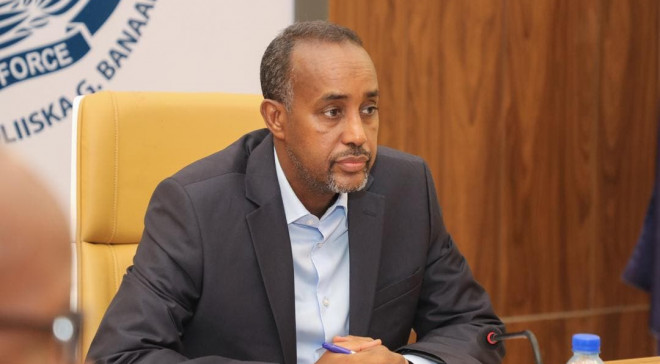