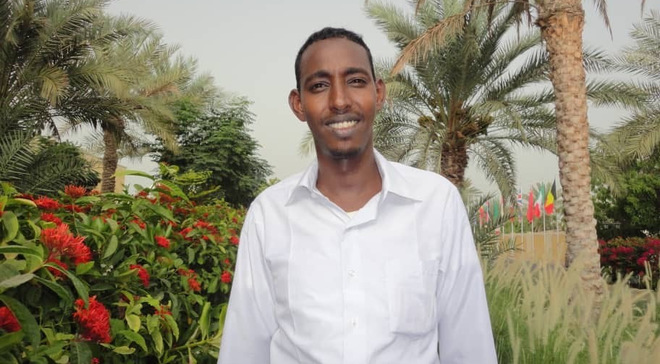 GAROWE, Puntland - The Media Association of Puntland (MAP) vehemently denounces the failed attempt to murder Daljir’s radio director in Bosaso, on the December 09, 2018, when an armed policeman who also works as a security guard for the Bosaso electricity company (EENEYE) – shot a bullet to the Daljir Radio’s Director Ahmed not far from the Radio Daljir’s Bosaso station.

”A strange man armed with an AK47 gun approached me this afternoon and yelled why are you after Asad Diyaano (referring to Radio Daljir’s news coverage of the former director of the Puntland Security force – PSF Asad Osman Diyaano and currently among the Puntland Presidential aspirant) and then shot a bullet towards me, but Alhamdulillah (praise be to God) it didn’t hit me, Ahmed recounts the incident in a phone call reporting to the MAP chair minutes after the incident”

Notably, Ahmed has also been verbally attacked by other Soldiers, ”Two armed soldiers who we met while I was walking in the street not far from our station when they got close to me told me last time it was a warning but next time we will hit you on the forehead” Said Ahmed in a phone conversation with the MAP chair.

MAP has been in contact with the Bosaso Mayor, Puntland’s Police commissioner and the Bari’s deputy regional police chief – to raise awareness on the matter and demand from authorities to bring the culprit to justice.

The authorities MAP contacted who are the most relevant in terms of responsibility pledged to take action in bringing the culprit to Justice, however 72hours after the incident, the Puntland authorities are yet to arrest the culprit.

“The chilling nature of this in terms of the message that it sends out to journalists and to media freedom is extremely disturbing – He added, the fact that the hooligan who attempted to murder the Journalist Ahmed (Tallman) remains free and failure to arrest him has motivated other sleeping cells who have in the past gone away with similar crimes while it paves a path for them to repeat attacks against journalists since there will be no punishment” Said MAP chair – Mohamed Dahir Warsame

The Bosaso Mayor in a phone call conversation with the MAP chair on the December 10, said that he met with the EENEYE administration to discuss the incident perpetrated by one of the company’s security guards.

According to the Mayor as a result of this meeting, EENEYE told the MAYOR that they will suspend the guard and take him to the police station to face Justice. Again 48 hours after the incident EENEYE hasn’t fulfilled the pledge and the guard keeps serving the company as a security guard.

“You can’t imagine the aggravation, the helplessness we are feeling. “Media independence and freedom of expression here becomes a myth,” said MAP chair. Given “the fact that the authorities have proven time and again that they are incapable of solving most crimes against journalists and continue to promote a safe haven for criminals who attack Journalists” Mohamed Dahir Said expressing outrage of the authorities’ dysfunction in bringing the culprits to justice.

The Puntland authorities are yet to bring the perpetrators behind the murder of Journalist Abdirizak Saed Osman, a photojournalist working with the Galkayo's radio ”Codka Nabada” who was stabbed to death in Galkaio on the night of September 18, 2018.

The Puntland authorities must take this opportunity to show the media fraternity, citizens and the world that they uphold the rule of law and that they are committed to protecting Puntland Journalists by bringing the culprit who attempted to murder Radio Daljir’s director – failure to do so – will only promote impunity for criminals a as long as their attackers get away with it and the consequences will not only affect the media but also the public.

MAP will keep posting an update on the developments of the case.