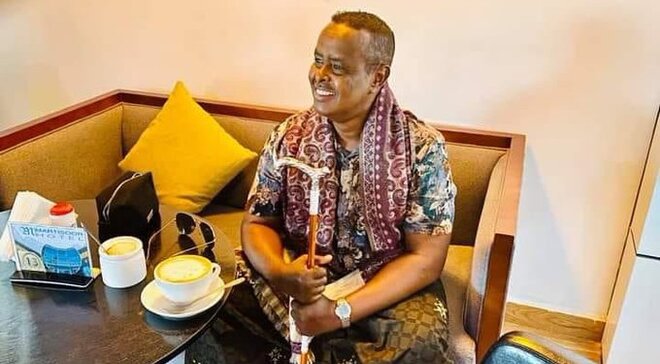 GAROWE, Puntland - The secessionist state of Somaliland has on Tuesday deported a top Anti-Khat campaigner, in yet another move that comes in the middle of a controversy that involves deportation of a Tik Tok star and suspension of the United Nations humanitarian activities in the region.

Last week, Somaliland suspended engagement with the United Nations over humanitarian activities in what is believed to have been triggered by the global agency's decision to work from Mogadishu, the capital of Somalia, which still claims Somaliland.

And police in Las Anod on Tuesday is said to have raided a hotel room before evicting Abukar Awale alias Qad-diid, according to a video recorded shortly before his arrest. The activist was planning to hold a rally against the use of the drug which is popular among Somalis.

For years, Abukar Awale has been campaigning for banning the crop which is widely grown in Kenya. He has often cited some side effects which he believes have for a long sabotaged the general productivity and economy of Somalia.

Sources confirmed that shortly after his arrest at Las Anod hotel, Abukar Awale was released by the police but was later deported to Garowe, the capital of Puntland. His deportation comes amid the frosty relationship between Somalia and Somaliland.

The activist had been holding sensitization campaigns across Somalia regardless of the contentious administrative boundaries. His campaigns have been backed by a section of elders but both Hargeisa and Mogadishu remain fairly rigid over the issue.

Somaliland claimed to have seceded from Somalia in 1991 and since then, the region has been running a parallel government that has all administrative features. It has intensified campaigns for international recognition despite also engaging Somalia for a ceasefire.

Kenya has been a major exporter of Khat to both Somalia. But early this year, both governments banned the exportation of the drug which is recognized as a commercial crop in Kenya, but there have been campaigns to allow businessmen from the region to continue trading with the drug.