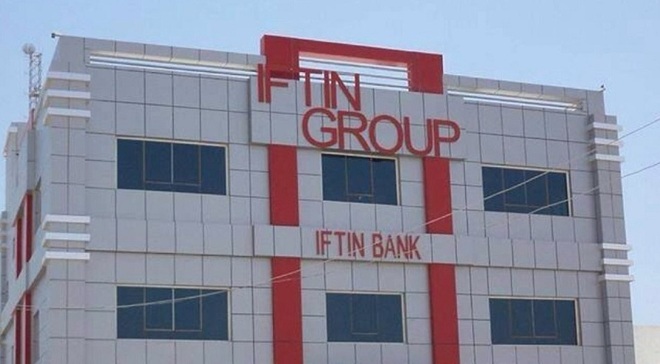 BOSSASO, Puntland - A top money transfer bigwig in Somalia has refuted claims of aiding money laundering and facilitating arms trade in the Horn of Africa nation, days after the Global Initiative team linked it to the malpractice and illicit arms trade.

The Iftin Express which is based in the northern Federal State of Puntland dismissed the allegations as "fabrications" adding that the accusers had no "substantive" evidence to link them to the conduct, which violates various arms embargos imposed by the United Nations Security Council [UNSC].

High ranking officials said that the accusers, who shared details with the Global Initiative, forged receipts perhaps out of vendetta and malice against the money transfer giant. The company is popular in Somalia and is ranked as one of those that has excelled locally in terms of service delivery.

“Iftin Express makes it known that allegations made in this report have been based on a single forged receipt on a pseudo-transaction which had purportedly taken place in March 2020,” read part of the company's statement which was issued last week.

A report published by Reuters claimed that Somalia-based Money Transfer Organisations [MTOs] have in the past facilitated the movement of close to $3.7 million cash between suspected weapons traffickers including a Yemeni under U.S sanctions.

According to the report, most details were gathered by the Global Initiative Against Transnational Organized Crime, which insisted that MTOs in Somalia facilitated the transfers. Iftin Express is mentioned as part of the companies which "handled the transactions using different combinations of his name and nickname".

But in a rejoinder Wednesday last week, Iftin distanced itself from the report noting it adheres to anti-money laundering regulations and reports all its transactions to the Central Bank of Somalia on a quarterly basis. The Garowe-based company insisted that the report was grossly manipulated.

“Based on the factual information at our disposal at the moment and the results of an internal investigation carried out following the release of the report, Global Initiative has been grossly misleading presumably by third parties whose intent and sinister intents are not known to us at this point in time,” the company said.

Going forward, the company noted, it may consider taking legal actions against the Global Initiative team. Preliminary investigations established that Global Initiative relied heavily on assertions made by Jay Bahadur formerly working with UNSC monitoring Group which avoided publishing the report for suspecting it's "authenticity and lack of enough evidence'.

Bahadur, who now works with the Global Initiative, is said to have sneaked the report to his new employers, who did not after all do due diligence before publishing the report. The report, Iftin Express said, could damage her international reputation as a money transfer company thus the option of considering possible legal action.

"These misleading assertions (are seemingly intended to) cause serious negative repercussions for the good name and long-standing reputation of our company and the Somali financial sector in general," the company said in a lengthy statement.

"Considering this potentially harmful reputational risk, in collaboration with other relevant stakeholders, Iftin Express will weigh to take appropriate legal actions against those who might have conspired against our company and interests."

Abdisaid M. Ali, the National Security Advisor to the President of Somalia backed the company's position, arguing that there is a coordinated scheme to engineer the collapse of the money transfer company. To date, the Global Initiative team is yet to issue a rebuttal on the latest development over their original report.

Somalia's economy depends on the private money transfer companies which have traditionally acted as banks. These subsidiaries are often accused of financing terrorism, a claim which has never been substantiated by those fueling allegations on their modus operandi.