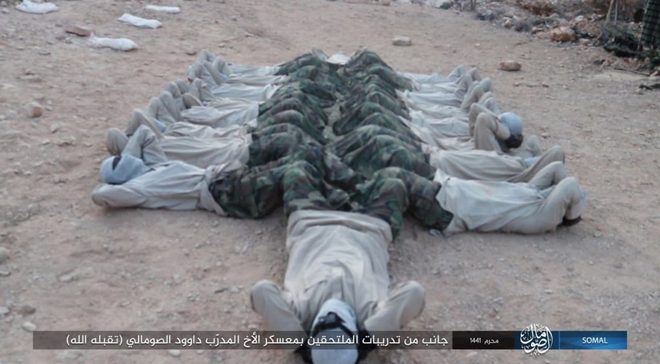 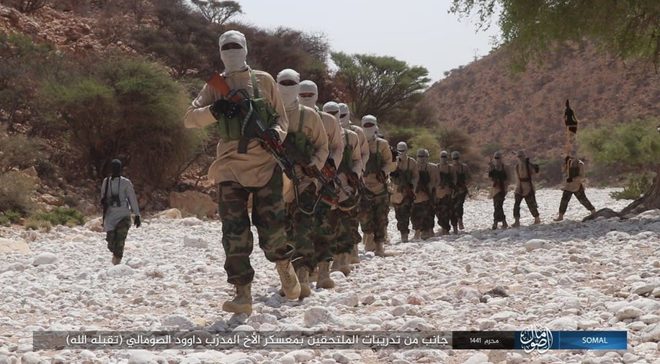 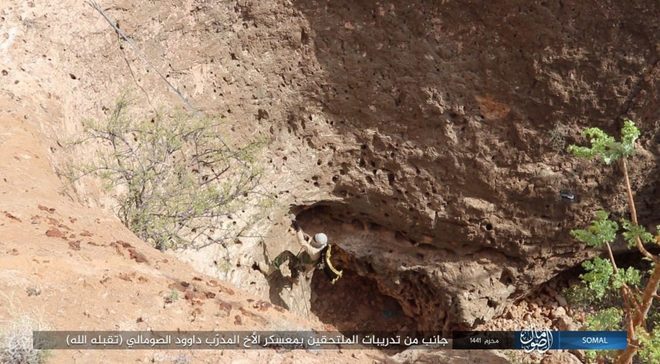 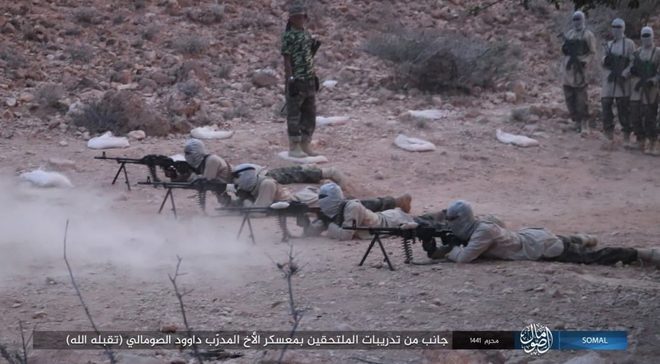 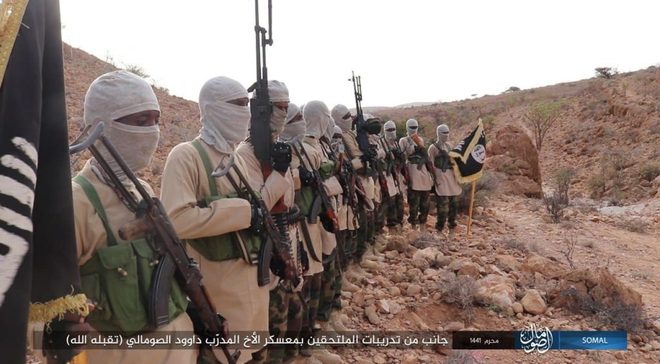 In photos released online on Saturday, September 21, the Islamic State showed fighters within its Somali branch training in a makeshift camp in Somalia’s northern Puntland region.

The photo report details the militants undergoing basic weapons and physical training at the so-called “Dawoud al Somali” training camp, which is named after a killed military trainer of the group.

Additionally, the jihadist group claims these fighters are new recruits, which is likely given the recruitment efforts in the region. US AFRICOM has noted that the group has been able to recruit new members despite military efforts against it.

Ethiopia has also reported that it arrested Islamic State Somalia (ISS) members earlier this month who were recruiting Ethiopians into ISS.

That area has seen numerous Puntland military operations, as well as US airstrikes, against the jihadist group. Earlier this year, the deputy emir of the group was killed by a US airstrike in the region.

This is not the first time the Islamic State has advertised training camps inside Somalia. The “Commander Sheikh Abu Numan training camp” was previously featured in a video released in 2016.

That facility is named after Bashir Abu Numan, a Shabaab commander who was one of the earliest to defect to the Islamic State but was later killed by Shabaab’s Amniyat (internal security force).

Islamic State operations inside Somalia has drastically slowed in recent months. Late last week, it claimed its first operation since Aug. 14 and its first inside Mogadishu since Aug. 5.

It is probable that continued pressure by Shabaab, as well as military efforts against it by Puntland security forces, the Somali military, and the threat of US airstrikes,  have slowed its operational tempo.