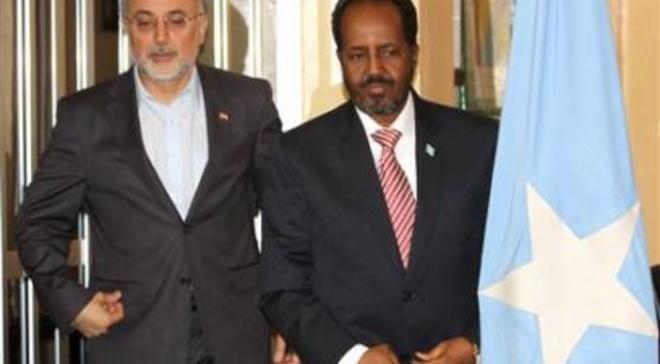 Just five weeks ago, the Iranian delegation landed at Abdullahi Yusuf International Airport in Galkayo, a town that straddles the border between Puntland and South-central regions and was escorted to the capital Garowe, where they met with President Abdiweli Mohamed Ali.

The journalists were kept in dark about the ill-intended agendas of Iranian officials who asked Puntland to grant licenses to fishing vessels with undocumented storage capacities.

Experts pointed to the fact that potential relief from sanctions after the nuclear deal with World Powers could be attributed to the rapidly expanding influence of Iran.

Puntland President agreed to the plan of receiving decent scholarship grants from Shiite power which is ostensibly blamed for exporting religious revolution and racist religious ideologies to Africa.

Somalis, all Sunni Muslims have a long standing relationship with Saudi Arabia, the home of Islam’s holiest site.

On March 25, Somalia’s Federal Government sided with Saudi Arabia in a diplomatic spat with Sweden after the latter harshly criticized what watchdogs describe, the kingdom’s poor human rights record.

In November 2012, Iran stepped up its involvement in Somalia on the heels of report by United Nations monitors on arms shipment dispatched by Iran in exchange for Uranium deposits in 2006 in violation of United Nations arms embargo.

At the height of the country’s worst famine, Iranian Red Crescent Society and Imam Khomeini Relief Foundation played larger role in humanitarian assistances. The foundations managed educational centers and Qur’an schools as part of campaign by Iran to spread Shiite Islam according to analysts closely following the latest developments.

Saudi-led coalition jets are pummeling Houthi positions in Yemen, with Emirati troops fighting alongside Hadi loyalists in a bid to ward off Iranian influence in their backyard.

Last week, sixteen Iranian sailors overpowered pirates on a fishing vessel off the coast of El Hur in central Somalia.