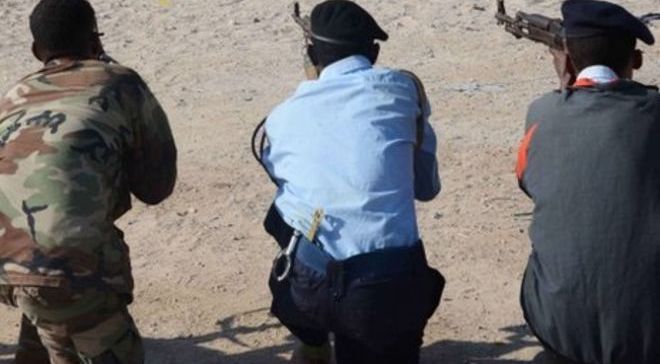 The militants were blindfolded, with hands tied to poles behind their backs, before they have been shot dead at point-blank range by soldiers in Bosaso port city, the commercial hub of Puntland, Somali federal member state.

Al-Shabaab and ISIS faction assassinated dozens of Puntland officials and security force members in the past as the two groups continue to face increased military pressure and U.S. airstrikes in the mountainous area in Bari region.

The Al-Qaeda-affiliated Al-Shabaab has become active in Puntland after being pushed out of strongholds further south by an African Union [AU] peacekeeping force [AMISOM] and the Somali army.

In June 2017, its fighters overran a military base in Af Urur, a town about 100 km (60 miles) south of Bosasso, killing dozens of people, most of them Puntland defense force soldiers, the deadliest single attack in history.

Separately, four Al-Shabaab suspects appeared before the Somali military Court charged with membership of the terror group, the murder of Government soldiers and civilians and attempted assassinations.