Puntland rolls out the red carpet for Somalia President 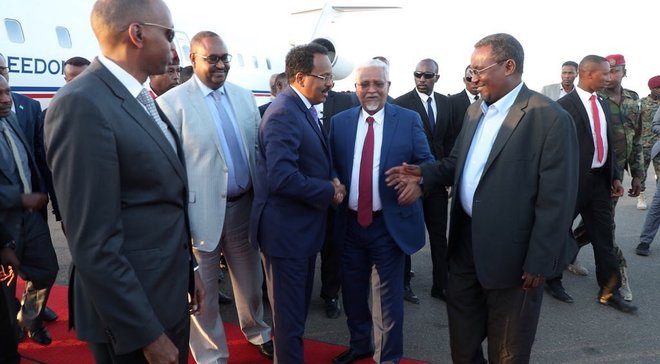 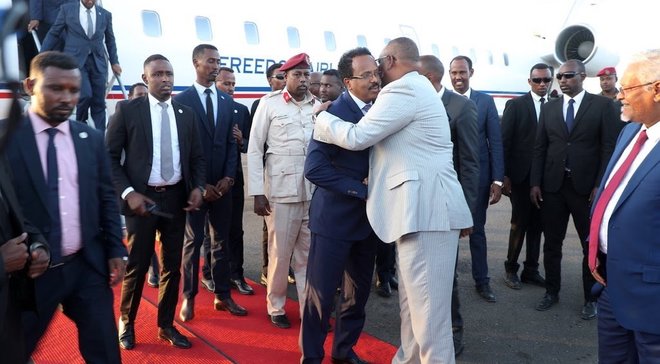 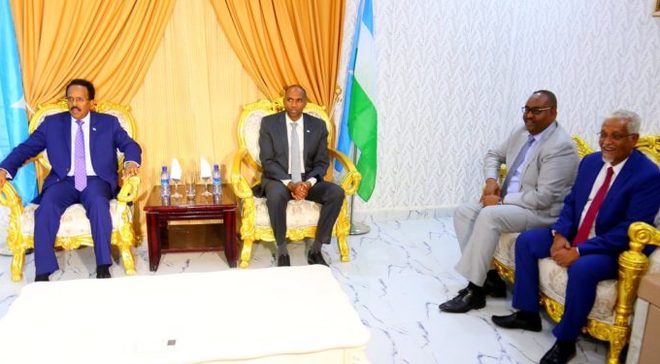 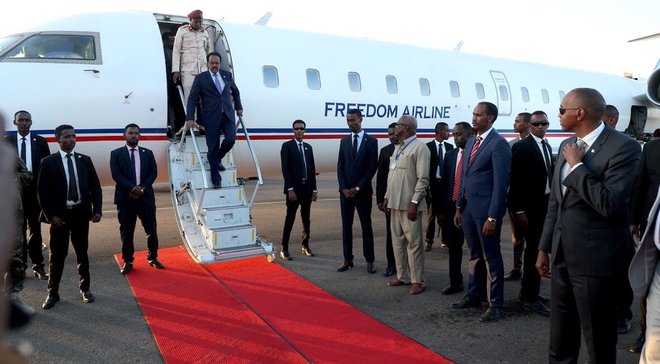 GAROWE, Puntland – The president of the Federal Government of Somalia, Mohamed Abdullahi Farmajo on Sunday arrived in Garowe, the capital of the northeastern Puntland state, Garowe Online reports.

The President and his delegation, including Mogadishu mayor and members of the Government, were given a warm welcome by Putland leader, Said Abdullahi Deni, Somali PM and other officials at the airport.

Puntland state forces in Garowe have beefed up the overall security at various places across the city ahead of the much-awaited conference that has kicked off today.

This is the second visit by the president since January 2018.

Farmajo chairs consultative meeting bringing together Somali leaders, both the Federal Government and the Federal states of Puntland, Galmudug, HirShabelle, Southwest, and Jubaland whose leaders already landed in the city.

The forum hosted by Puntland president, Said Abdullahi Deni Deni is expected to focus on ways to bring an end to the current political rift in the country and strengthen their collaborations on national issues.

In September last year, the leaders of five Somali regional states resolved to suspend relations with the central government, citing a lack of political and security progress in the Horn of Africa nation.

The Federal Member States accused the central government of interfering with regional issues, failure to implement security architecture and not fulfilling political agreements agreed upon in the past.

Analysts say the resolutions are the latest political setback by the central government which is trying to partner with the international community to stabilize the Horn of Africa nation.