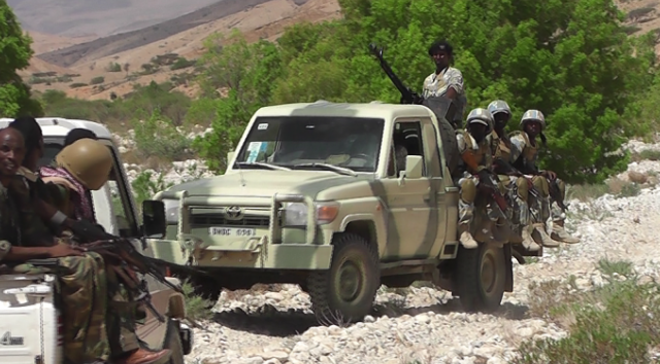 The pre-emptive attack occurred in Madashon,23km west of Galgala.

Puntland army troops are in full control of the areas where the raids took place, with credible sources disclosing that Al Shabaab remnants fled from the second largest hideout in the extremely volatile vicinity.

As part of clean-up operation aimed at cleansing hotbeds of terrorists, officials say the raids will continue until stability prevails.

The United States appears to be pressuring President Ali’s administration to fend off growing terror threats.