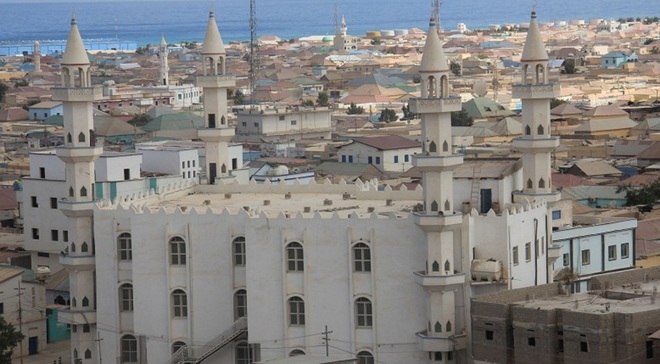 BOSASO, Puntland - At least four soldiers were wounded in an overnight attack on a Police Station in Bosaso, the main commercial city of Somalia's northeastern semi-autonomous region of Puntland, Garowe Online reports.

Large explosions and gunfire heard after attackers armed with guns and rockets stormed the main Police station near the city's seaport, then engaged a deadly gunfight with the police officers, according to the eyewitnesses.

"We came under attack by attackers using grenades and machine guns," a senior Puntland security official, told GO by phone.

The official who spoke on condition of anonymity added that the assailants disguised as Police came to the station before the attack.

He added that they repulsed the attack which triggered minutes-long firefight at the Police headquarters that left four officers injured who were taken to a nearby hospital. It was unclear how many were involved in the brazen assault.

Al-Shabaab, the Al Qaeda-linked militant group has immediately claimed responsibility for the Police station raid through a statement carried out by its mouthpiece channel, Radio Andalus and vowed bigger attacks to come.

The attack comes as Puntland President Abdiweli Mohamed Ali "Gaas" is in Mogadishu for the National Security Forum that kicked off Tuesday at the Presidential Palace, Villa Somalia.

Last month, at least one officer was killed, and two others have been injured in grenade attack on traffic Police department in Bosaso by Al-Shabaab militants.