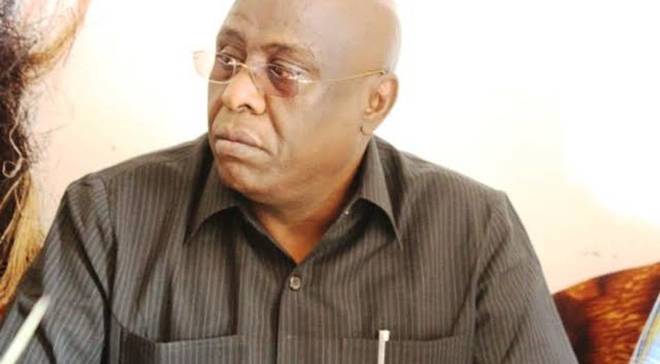 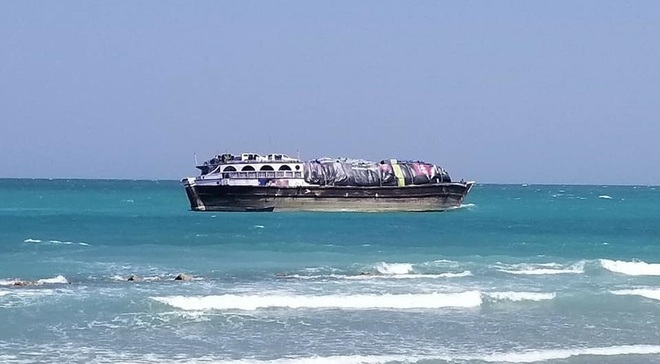 BOSASO, Puntland - The Ports Minister of Somalia's northeastern semi-autonomous region of Puntland, Sa'ed Mohamed Rageh spoke about a trading vessel that washed ashore at the beach near Bosaso on Monday, Garowe Online reports.

Rageh told reporters in Bosaso city that they had been notified late Sunday night that the boat was faced a defect with water leaking into it and needs urgently to dock at the port.

"We as the Ministry of Ports got the information of the incident at 2:52 a.m. in the night, they told us that water came in the vessel after a defect. It was a nighttime with strong winds on the ocean, there are a lot of issues, including the security," said the Minister, blaming the captain for the hitch.

Minister Rageh said they broke the port rules and had ordered later to rescue the vessel and be docked at the seaport, but unfortunately, the attempt was unsuccessful due to the small lane, leading to the boat ran aground.

He added that the only thing that Puntland government can do now is to set up a rescue committee to deal with the incident and unload the cargo from the boat in collaboration with the foreign experts and public.

Meanwhile, the owners of the merchandise estimated 1,500 tons of consignment, including brand new cars, fuel, and building material have accused the port authorities of being behind the tragedy after refusing to let the Al-Hafis boat dock in.

Abdullahi Mohamed Muse, one of the goods owners blamed the authorizes for turning a deaf ear to repeated alerts sent multiple times by the captain before the vessel washed up on the shore of Bosaso coast.

Muse rejected that the boast had defects and its engine stopped working. He added the reason was that the authorities were reluctant the vessel to come in at the zone, where boasts and ships regularly dock in.

The boat which has sailed from a port in Dubai and was ferrying goods belonging to Puntland traders who are currently watching their all assets sinking slowly in water.