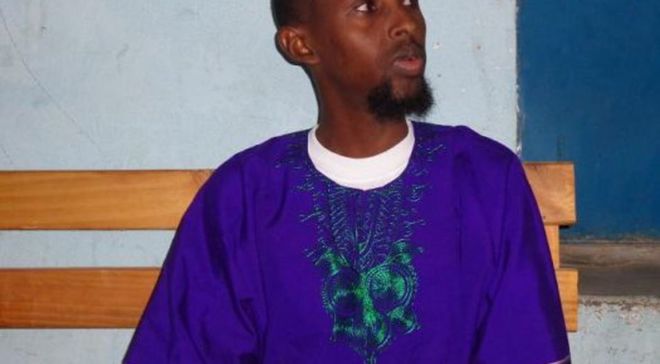 GALKAYO, Puntland- A joint security forces were reported to have successfully captured the commander of al-Shabaab operation in Galkayo city during security operations, Garowe Online reports.

Previously, Tahliil was captured by Puntland forces during past Puntland administration led by former President Abdirahman Mohamed Farole. Tahliil was sentenced to death penalty by the court for possession of explosive-making materials in Galkayo city.

Tahliil was captured along with another al-Shabaab member identified as Mohamud Nuh Adam aka “Abu Hafsa” the head of Amniyat operatives responsible of assassinations and bombing for al-Shabaab group, and then became the commander of security guards of former al-Shabaab leader Ahmed Abdi Godane, who was killed in U.S. airstrikes in 2014.

In 2013, the military court sentenced both Tahliil and Adam to death penalty, but clan leaders in Galkayo opposed the verdict and placed pressure on Farole’s administration to release the suspect, which was rejected.

Following the election of Abdiwali Mohamed Ali “Gaas” in January 2014, Tahliil was released by the President in exchange to free several abducted resident who hail from Puntland region, who were kidnapped by militias from Galmudug.

Clan leaders and state MP named Mahmoud Dhere lobbied President Ali to free Tahliil, which was hugely criticized by security officials and main actors in the region as Tahliil considered a serious threat to the security.

President Ali turned a blind eye to the advises against releasing al-Shabaab suspects from Puntland prisons due to the security risks it pose to the people and region's stability.

So far Puntland government hasn’t released any statement in regard to the arrest of Tahliil once again by the security forces.