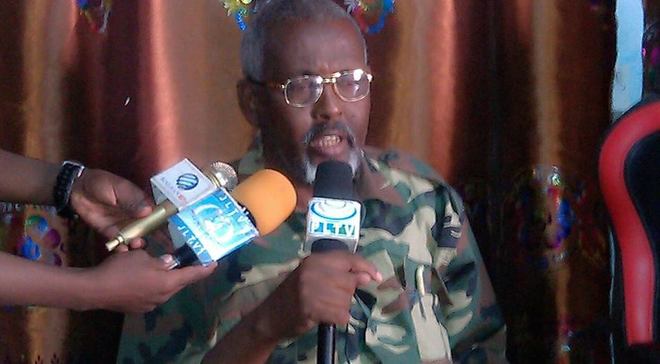 He said Fidiyo has prosecuted many militants linked to the group and was responsible for the death sentences that were giving to their fighters by Puntland courts. He has fought against the group and their operations, added Abu Musab.

However, the late official has made an interview with a local radio station before he was assassinated. In the interview, Fidiyo said his visit to Bosaso city was aimed to take part in the hearing procedures for 70 cases in the military court of Appeals, andfor those who were convicted with serious crimes.

The official spoke about the past fighting between Al Shabaab group and Puntland forces in last March, and indicated that a group of Al Shabaab fighters who were captured have been relocated to the Somali capital Mogadishu, for rehabilitation program because they were minors.

On the other hand, the official has denied the release of any convicted Al Shabaab fighters from Puntland prisons in the past.

Following the interview, Fidiyo was targeted on his way to the Police headquarter amid the presence of security forces in the surrounding areas.

During a BBC interview, The Chief Judge of Puntland Military courts, Abdifatah Haji Adan, has confirmed the presence of security troops near the scene, whereas the suspects was reported to flee the crime scene, and vowed to take necessary actions against troops’ negligence.

The assassination of Fidiyo is among a series of high-profile killings in Bosaso in recent weeks as the northeastern region was fighting a faction affiliated to Islamic State in the past months in port town Qandala, located 75 km east of Bosaso.