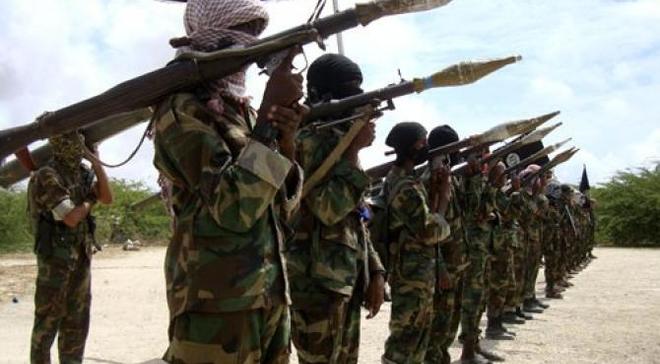 Residents reached on phone by GO has confirmed that militants travelling in boats entered the small village on Tuesday morning.

Al Shabaab official identified as Saacid Karate called on villagers to cooperate with them, claiming that they are only spreading Islam.

Militants vacated Garacad in the early hours of Tuesday morning, dividing themselves into groups, according to witnesses.

Locals reported that armed militias on foot took to a road and sneaked through Kulub, an area 10km away from Jariban.

“They are in motion. These men are walking and I can see boats some miles off the coast,” said, elder Ibrahim Yusuf Egal.

He said, the government will immediately respond to the militancy emerging afresh in Puntland.

“They [Al Shabaab militants] are afraid of us, that’s why they began withdrawing from [Garacad],” Qarjab told a group of reporters in Garowe.

Around two boatloads have arrived in Garacad on Tuesday in what appears to be latest sign of growing Al Shabaab exodus towards Northeast.

Garacad is situated, 260km on the Indian Ocean side of Galkayo. It is yet unclear whether new wave of disembarking insurgents is aimed for reinforcements.

Puntland has put all security apparatuses on standby in the wake of Al Shabaab seizure of Garacad and other coastal villages, senior security official told Garowe Online under customary condition of anonymity.