Somalia: Al-Shabab fires mortars at Puntland army base at Galgala 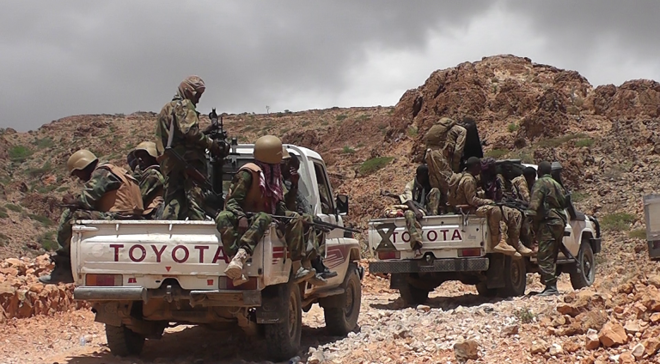 BOSASO, Puntland - Al-Shabab militants said they carried out a mortar attack on a military outpost belonging to Puntland troops in the mountainous area of Galgala in Bari region, Garowe Online reports.

Abu Musab added that their mortar bombardment against the military base has inflicted losses of deaths and injuries on the regional troops, but he gave no further details on the casualty figures.

Puntland government officials did not comment on the reported mortar attack.

Al Shabaab said it has intensified its terror attacks and assassinations in Bari region since the start of the new year, 2018. The group claimed responsibility for the latest killings in Bosaso port city.

The Al Qaeda-linked Extremists have carried out numerous deadly attacks in Puntland in 2017, including a car bomb and gun assault at an army camp at Af-Urur area in June which left dozens of soldiers dead.