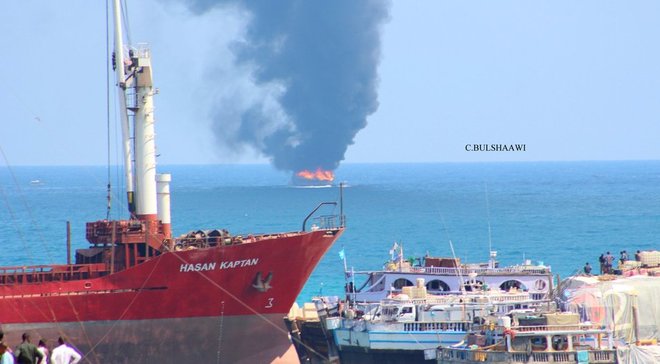 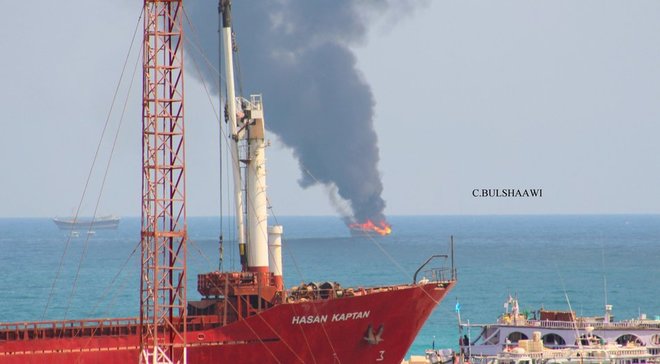 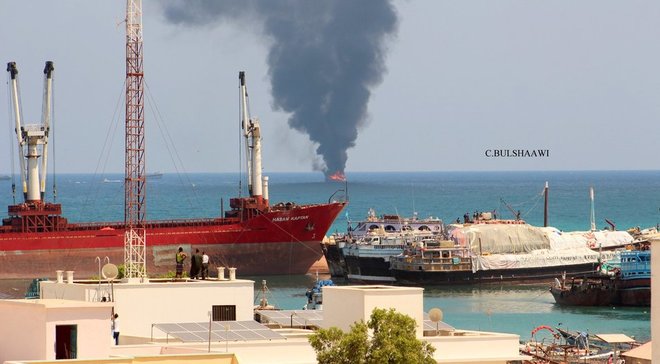 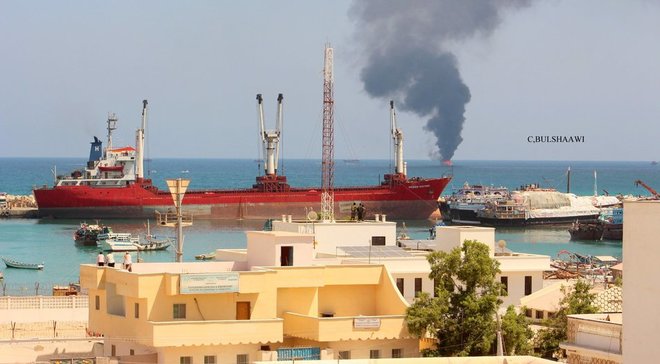 The boat developed smoke believed to have billowed from its engine compartment shortly before it docked at the main port.

The cargo shipment onboard got charred in accidental boat blaze due to lack of urgent rescue mission, according to the residents.

Puntland government officials could not be reached for comments, but, sources in Bosaso confirmed to GO that three crew members have been rescued and disembarked from the boat with wounds from the fire.

The sailors who are said to be Indian nationals were rescued by Puntland Maritime Police Force (PMPF). The rescue crews failed to reach the burning vessel due to the fast-moving massive inferno.

Thick, black smoke and flames could be seen pouring out of the vessel loaded with, cars, fuel and other goods which went up in flames as it came closer to the seaport.

Last February, a vessel carrying 1,500 tons of consignment washed up near Bosaso port. A joint effort by the local residents, along with traders and regional officials managed to rescue the cargo of the vessel.