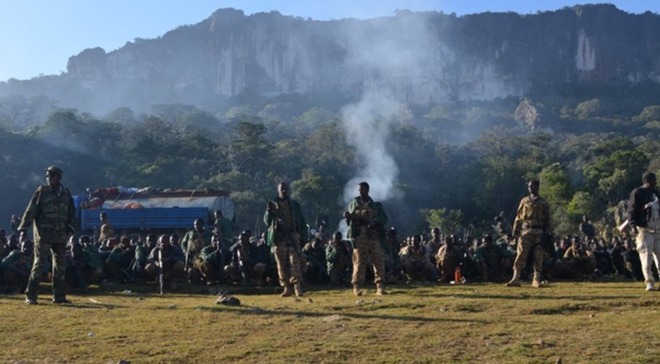 BOSASO, Puntland- The militant group al-Shabaab was reported it have killed dozens Puntland military troops when they raided a remote military base located in Af-urur in Galgala mountains on Thursday morning, Garowe Online reports.

Security officials spoke to GO under a condition of anonymity and said that armed militants carried out a dawn attack and completely took control of Af-urur base, located about 60 km south west of Bosaso city.

The exact causalities behind the attack are unclear, but reports said that over 30 are feared dead, while others are believed to be captured by the militants.

Additionally, al-Shabaab seized control of the weapons and ammunition stored in the base, while burning battle wagons belonging to Puntland security forces.

The incident is considered to be the deadliest attack carried out against Puntland state troops in Somalia’s northeastern region.

So far Puntland officials haven’t released any statement in regard to the attack against the troops.