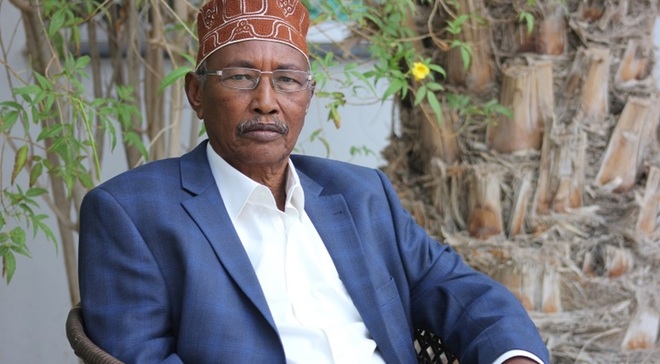 GAROWE, Puntland - Former Puntland President and current Somali Senator Abdirahman Mohamed Farole held a press conference in Garowe on Wednesday in which he talked about the rising conflict in Tukaraq in Sool region, Garowe Online reports.

The Senator has strongly condemned the annexation of Tukaraq by the breakaway region of Somaliland that came as President Farmajo in Garowe for the inauguration of the city's newly built Airport on 8th January.

"The invasion as I heard was prompted by the Farmajo's visit that Somaliland understood as a provocation and the prior trip of the Federal Minister of Planning Gamal Mohamed Hassan in El-Dahir and Baran," he said.

Farole, however, ruled out both visits were provocative acts and rejected the claims as "baseless."

"It's unacceptable the President's regional tour to be used as a pretext to capture a town controlled by another government with its residents enjoying peace and stability," Farole added during the news conference.

The troops of the self-declared State forces have launched an offensive on Tukaraq and engaged a heavy gunfight with Puntland Defence Force [PDF] before taking control of the town, 86Km north of Garowe.

The town which lies on the border between Sool and Sanaag regions has been the customs office and headquarters for the Puntland government since the conquest of Las Anod city by Somaliland forces in 2007.

The Somali Senator expressed concern about the fresh armed conflict at Tukaraq area this week and urged the two sides to stop the battle unconditionally and come to negotiating table to avoid a bloodshed.

Farole urged Somaliland President Muse Bihi Abdi to accept peace proposal by Michael Keating, the UN Special Representative of the Secretary-General for Somalia in Hargeisa and pull out troops from Tukaraq.

Puntland and Somaliland have been in a contest over Sool and Sanag regions for years in the past with each side claiming control. Since last Monday, Tension has been rising in the disputed area as both sides amass troops ready for combat