Somalia: Fighting between Puntland and Somaliland forces reignites in Tukaraq 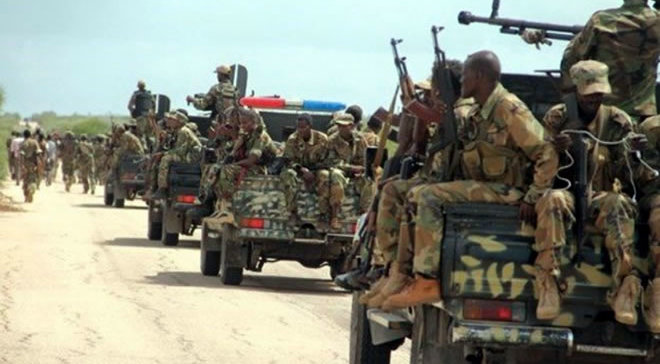 The combat flared up for the second time in a month amid calls by the Federal government of Somalia and International community to break an impasse through peace talks and an immediate ceasefire in the disputed town.

The warring sides Puntland and Somaliland have issued immediate press releases, accusing each other of starting Today's battle in Tukaraq which is reported to have subsided and caused irretrievable losses.

A statement by the office of the President, Puntland said Somaliland troops launched another 'aggressive offensive' against its forces stationed outside the town in the early hours on Thursday morning at around 5:30 a.m. local time.

"Puntland makes clear that the administration in Hargeisa will shoulder responsibility for the fighting. Puntland is sufficient to defend its land and its people," read the statement in part.

Somaliland's Minister of Information Abdirahman Abdullahi, known as [Guri Barwaqo] has released a similar statement over the battle, blaming Somali Federal government for launching a pre-dawn offensive on Tukaraq.

No casualties have been released so far from the warring two sides.

Tension has been simmering in the region since Somaliland forces wrested control of the strategic town situated about 81 kilometers (50 miles) north of Garowe, the capital of Puntland last January following an invasion.

Since then, leaders from both sides have traded accusations over the escalating conflict in the region as both claim ownership of the region and fought sporadic battles for control since 2002.

Somaliland declared Independence from the rest of Somalia on 18th May 1991, but, it has not yet achieved any formal international recognition as a sovereign state.