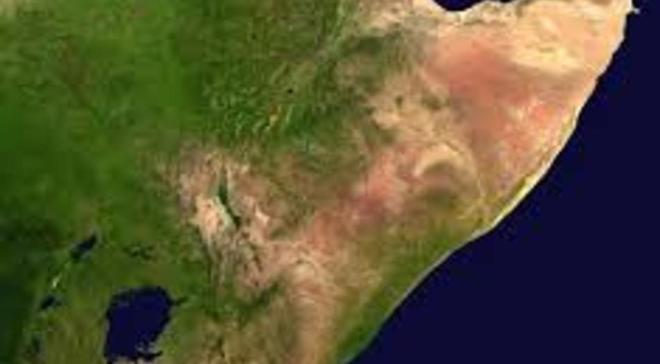 GAROWE, Puntland- Fishermen in the coastal villages of the semi-autonomous region of Puntland are expressing discontent to the increase of illegal fishing in Puntland waters and seized control of an Oil Tanker off the coast of Alula port town on last Monday, Garowe Online report.

In a special VOA Interview with Muse Ali Jama, the chairman of KAFCO fishing company in Bandar Bayle, he revealed that foreign ships posed a serious threat to the livelihood of local fishermen since their daily catch is drained.

“I am a local trader, we got fridges, skiffs and storage facilities in our village but in the past 3 years, we noticed our business is undermined after foreign trawlers from Iran and Yemen are indiscriminately granted permits by Puntland government to fish in the same shores,” said Jama.

He noted the foreign trawlers had more equipment, crew members and use illegal practices that endanger the marine resources in the territorial waters. Jama also indicated that trawlers breach into the Exclusive Economic Zone (EEZ), a 12 nautical miles beyond the shore restricted for local fisherman.

He said the trawlers deliberately destroys fishing nets and tools for locals and recently killed 2 fishermen after it overran a skiff in area near Eyl, but subsequently captured and in the custody of local government in Puntland.

On the other hand, the Director of Puntland Maritime Police forces, Abdirahman Haji has confirmed that region's maritime forces were deployed to Alula district on Wednesday night.

However, he said there were no clashes yet as negotiation is ongoing with local district officials and prominent elders in Alula to intervene in the situation to peacefully end the crisis.

Haji said the hijacked oil tanker is a commercial vessel that didn’t pose any harm to the local communities, and said Puntland government is responsible for protecting the territorial waters but not the fishermen.

He later confirmed the surge of illegal fishing activities, saying some foreign ships are granted permits while others are operating illegally in the territorial waters.

Yesterday, the fishermen who hijacked MT Aris 13 vessel were reported to demand unspecified ransom to release the vessel. The incident was the first major piracy attack since 2012, amid previous warning by coastal communities to protect the sea from foreign ships.

Local communities accuse Puntland government of granting illegal trawlers and fishing vessels permits to fish in the sea amid absence of strong government control to monitor the activities of the foreign ships.