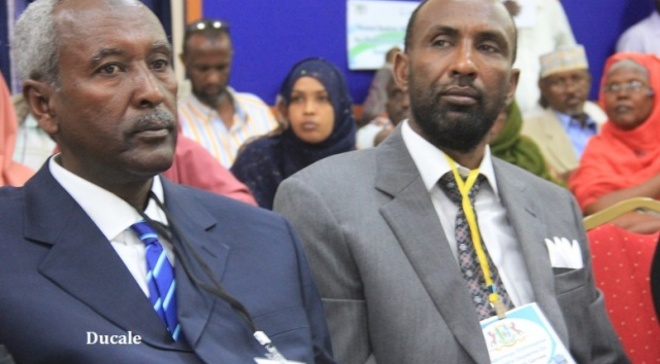 Godir defeated his closest rival Awil Sheikh Hamud by 3 votes after all other candidates including outgoing interim mayor Ahmed Saed Gelle (Shode) were eliminated in the first and second rounds of voting.

Puntland Interior Minister, Ahmed Elmi Osman (Karash) congratulated Hassan Godir on his election as the mayor of the capital city over the next five years.

“It appears that Puntland has moved forward, the ballot box was secret and every councilor voted in favor of a candidate,” Shode told reporters shortly after the election.

In attendance during the encounter were also Members of Parliament, politicians and representatives from civil society.

Prior to the crucial vote, the state capital’s political atmosphere had been awash with lobbying.