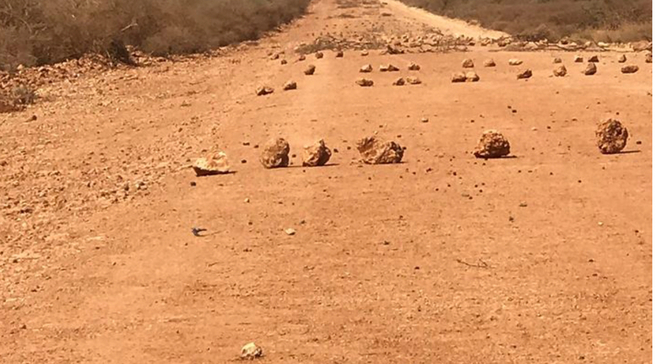 NAIROBI, Kenya - Germany ranks among the most prominent development partners of Somalia. A significant share of German support takes place in Puntland.

The German Development Cooperation supports the strengthening of the health sector, of drought resilience and also prepares the upgrade of Technical and Vocational Training (TVET). German support to Puntland’s health sector alone, for example, totals more than 30 million USD.

As part of this comprehensive support to Somalia, the German Federal Government partly funds the GIZ "Sustainable Road Maintenance Project” in Somalia.

Under this project, GIZ, a German government-owned development agency, provided technical and financial support for the rehabilitation of the JALAM – HARFO section of the GAROWE – GALKAYO corridor to Puntland Highway Authority (PHA).

A key part of the mandate of GIZ in the project was to improve the legislative, administrative and technical capacity of national stakeholders in the road transportation sector.

The implementation of the rehabilitation activities was planned for the timeframe April 2017 until May 2018.

Despite significant and promising results at the beginning of the project in 2016, the contributors of the project subsequently realized that the cooperation between the implementing partners in Puntland was gradually deteriorating.

This process led to fundamental principles of transparency and accountability being no longer sufficiently in place during the actual construction works.

Repeated attempts by the German Embassy and GIZ to restore an enabling environment for external support did not result in the required changes. Consequently, the cooperation between GIZ and PHA had to be terminated.

The Federal Government, as well as the Government of Puntland State of Somalia, have been informed accordingly.

We deeply regret the consequences of this decision for the economic development of Puntland. We are aware of the importance of the GAROWE – GALKAYO corridor as a lifeline for the economy of the country and the wider region.

However, we as international partners cannot compromise on quality in implementation and accountability and transparency in using donor funds.

The German Embassy is aware of public statements made by stakeholders involved in the activities, which hold GIZ responsible for the unfortunate development.

Unfortunately, within the contract duration, only 14% of the contracted works have been delivered according to the agreed quality standards. We call all stakeholders to refrain from accusations that could potentially harm the cooperation between Puntland and external partners in general.

We express our continued commitment to support the economic development of Somalia in general and the Puntland State of Somalia in particular.

The funds that could not be released due to the decision to end the cooperation between GIZ and PHA remain partly available and can be re-allocated for other activities.

More generally, the German Embassy stresses that the decision will not have an impact on any other programs implemented by the German Development Cooperation in Puntland.

Germany looks forward to continuing the good cooperation with its partners on the ground towards sustainable results benefitting the people of Puntland and beyond.