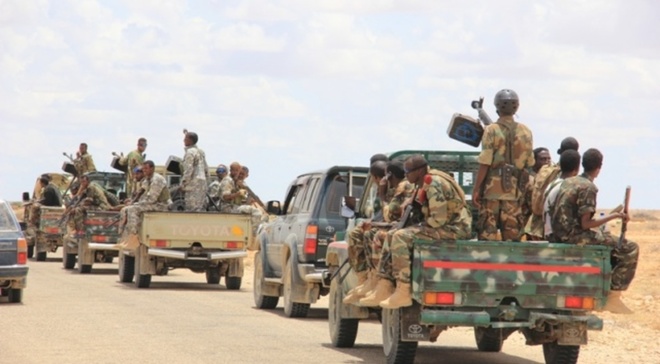 Al Shabaab fighters were regrouping in the outskirt of Galkayo city to launch attacks against PSF base and Puntland army base in Godod area located at the border between Galmudug and Puntland.

Local residents in the area, said that they heard heavy exchange of heavy fires in the early hours of the day, but couldn’t confirm the causality of the clashes.

Al Shabab Sympathizers in Galmudug controlled areas is believed to have prompted Al Shabaab fighters to target Puntland forces, in retaliation to a recent ban imposed by Puntland government banning commercial trucks from Central and Southern Somalia from crossing into Galkayo city.

The ban was imposed following deadly twin bombing in Galkayo’s main market in August, resulted in the death of many civilians and government forces.