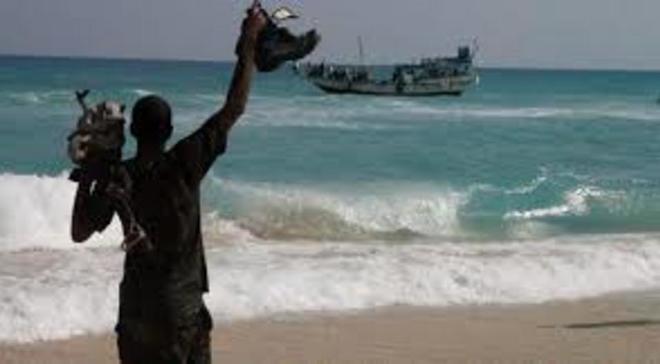 Somali pirates released a hijacked oil tanker and its eight Sri Lankan crew on Thursday, a Somali security official and the pirates said, bringing the first hijacking since 2012 to an unusually swift conclusion without the payment of a ransom.

"There has been discussion going on after the gunfight of this afternoon ... We pulled our forces back and so the pirates went away," said Abdirahman Mohamud Hassan, the director general of the maritime police force for Somalia's semi-autonomous northern region of Puntland.

A pirate confirmed the release was made without a ransom payment. In previous hijackings, many crews remained in captivity for years before a ransom was paid. Eight Iranians are still being held.

But the pirates said they agreed to forego a ransom after learning that Somali businessmen had hired the ship, which was taking oil from Djibouti to the Somali capital of Mogadishu. Pirates have traditionally been wary of tangling with Somalia's powerful businessmen.

"After we came to know that the Somali traders hired the oil tanker, we released it without a ransom," pirate Abdullahi told Reuters.

The release will be seen as a success for the regional Puntland government and its counter-piracy force, which is funded by the United Arab Emirates. The hijacking was the first time Somali pirates have taken over a commercial ship since 2012 and followed an outpouring of anger by locals over foreign fishermen flooding into their waters. The Somalis are also angry with their government for licensing some of the ships.

The vessel was hijacked on Monday. Residents living near where it was being held said four civilians were injured by stray bullets during Thursday's gunbattle. In their heyday in 2011, Somali pirates launched 237 attacks off the coast of Somalia, data from the International Maritime Bureau showed, and held hundreds of hostages.

But attacks fell sharply after crews put safety measures into place and regional naval forces stepped up patrols. Some pirates returned to fishing, and others became involved in smuggling people and weapons across the Red Sea to Yemen.