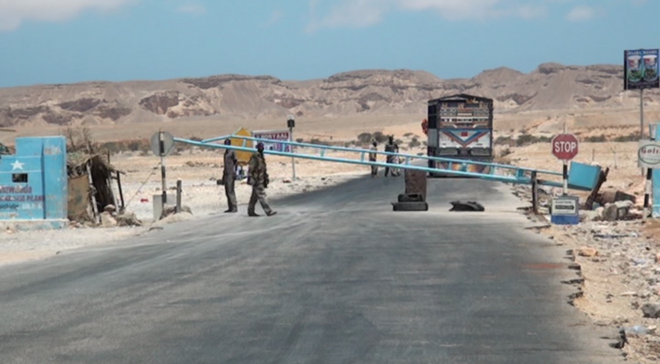 BOSASO, Puntland - Suspected Al Shabaab militants were reported to have launched an overnight raid against an army checkpoint in Bosaso, the commercial city of Puntland, which resulted in casualties, Garowe Online reports.

A senior Puntland security official has confirmed to GO that eight people, including Abshir Mohamud Muse, who was the third commander of the regional troops at the checkpoint were killed in the assault.

The armed fighters believed to be belonging to the Al Qaeda-linked Al Shabaab group have attempted to storm the checkpoint and engaged in a fierce gunfight with the forces that led to the deaths of 8 people.

Civilians, including women, were among the dead. The official who spoke to GO on condition of anonymity said Puntland soldiers repelled the attack of militants who tried to break into the barrack.

More 14 others people were also wounded in the militant attack.

No group has so far claimed responsibility for the deadly attack, however, Al Shabaab often carries out raids against government officials, security forces, and civilian targets in strategic coastal city Bosaso.

This comes amid the failure of Puntland government to enforce security in the city, and nearby areas amidst a proliferation of Militant groups, including Pro-Islamic State (ISIL) militants and Al Shabaab rebels.