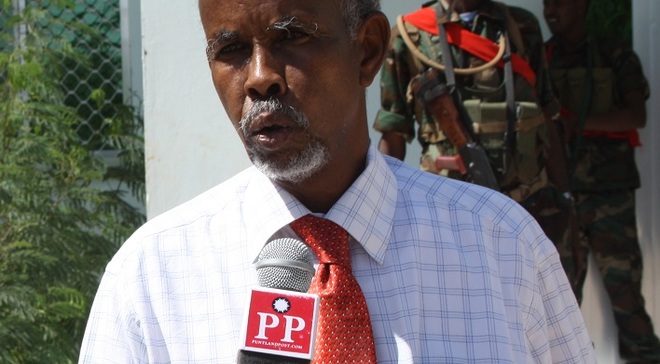 The caretaker head is said to have rebuffed to abide by a joint screening process being carried out by PDRC Board, Interpeace representatives,  Ministry of Labour, Youth and Sports and Puntland Non-State Actors Association on October 27.

“Dr. Warsame, former Health Minister was at the time held up as the possible successor of Abdirahman Abdulle Shuke,” disclosed the source, adding that Shuke relinquished his post for moderate illness.

However, Acting Director and the Deputy Head of PDRC didn’t heed the announcement for fear of sacking if Dr. Warsame replaces Shuke.

Puntland Government efforts to put an end to the bold challenge by caretaker director of public-policy research center yielded no major breakthrough as of now.

Puntland Development Research Center (PDRC) was established in 2000. Ever Since, it has conducted engagements, public opinion polls and launched groundbreaking researches into the state’s peace building maneuvers.