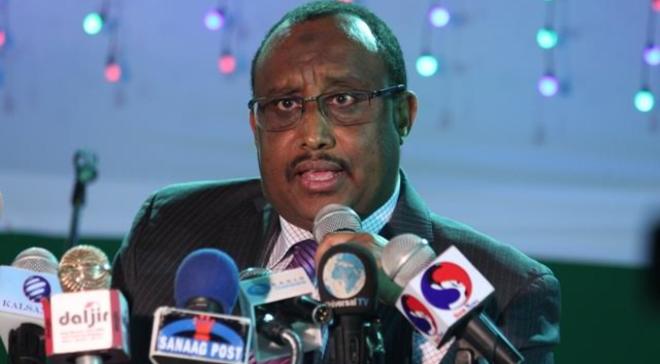 All media professionals agreed to snub the President for his failure to react to a brazen tirade by his controversial Information Minister Mohamud Hassan So’adde against journalists.

Puntland State Television (PLTV) and President’s Press Service showed up at the airport for the coverage of his return.

Ali is planning to meet Puntland media fraternity in the coming days in light of the “unconstitutional remarks” confronted with media workers.

Journalists have also complained of constant rejection to questions posed regarding President’s meetings in southern Somalia.