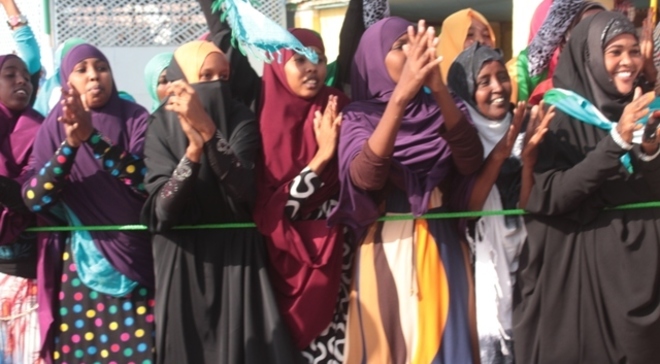 In step towards tight security, police forces cordoned-off key roads leading from Garowe Square where the largest festivities were held.

The Chairman of organizers' committee and Minister of Public Work and Housing Abdirashid Mohamed Hirsi said three phases have been slated for the events marking the founding of Somalia's stable Puntland.

Encounter between Horseed Garowe and Komsed Galkio was put on display in Mire Aware stadium.

Puntland President Dr. Abdiweli Mohamed Ali Gaas congratulated people of Puntland on 16th anniversary and unveiled that he would deliver official address at the statehouse on Friday evening.

Puntland, located in northern Somalia is held-up as role model and leading pioneer by International community when it comes to the loose federalization process.