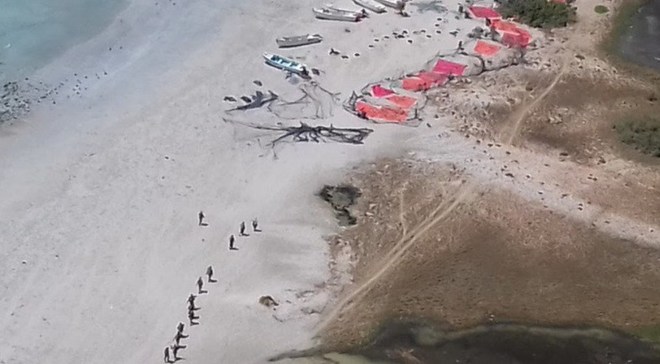 In an exclusive interview with Garowe Online, Mr. So’adde said, security forces broke into ditches in Suuj valley, forcing remaining Al Shabaab fighters to flee. Asked the number of militants killed in the operation, he has not disclosed the very figure, and instead said ‘bodies have piled up’ following days of heavy artillery and continued army shelling.

Elsewhere in Nugal, he said, Puntland troops placed militants under siege in Kulub, an area near the Indian Ocean town of Garacad.

A local resident told Garowe Online that he saw at least 10 gunmen regrouping near Suuj: “They looked faint; even I think they didn’t know their whereabouts.”

The eye witness who has enjoyed respite in clashes and lack of phone networks requested to speak with GO on condition of anonymity for security reasons.

Puntland forces have captured two militants who came out of rough escarpment into which Al Shabaab militiamen stashed meager supplies on Saturday.

Sources within the army say, the number of militants seized in the intensified push amounts to three in total including another fighter who surrendered earlier.

Militants have suffered a sharp shortage of food and water

--Garacad Update: What we know so far

Military sources insist that the two are also assessing the situation.

There have been no clashes in Godobjiran today after security forced laid siege to dozens of Al Shabaab fighters in Kulub in the early hours of Saturday morning.

Puntland has beefed up security for key government installations, soft structures and outposts in major towns including Bossaso port city. Overnight on Friday, Al Shabaab gunmen opened fire on soldiers manning a security checkpoint at a key junction in the State’s most populous city.

The security services have honed vigilance and night patrols, with cars being searched for possible terror threats. Apparatuses such as intelligence and police have been put on standby throughout Puntland.

Ordinary residents were seen donating blood, cash and food items in support of the cleanup operations in Garacad and Suuj.