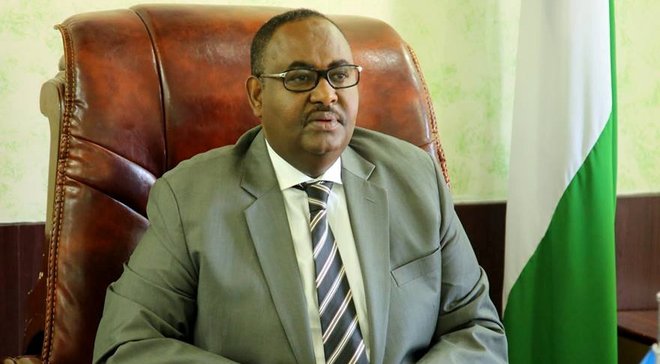 According to a statement released by the Presidency, Puntland state president Said Abdullahi Deni sent a congratulatory message to Madobe on behalf of the Government, its people and himself.

Puntland called on the president-elect to take the lead in solving political row in Jubaland state through peaceful dialogue as well as end differences with the Federal Government of Somalia in the elections.

On the other hand, the 1st Deputy Speaker of Somali Senate Abshir Ahmed sent congratulations and best wishes to President-elect Ahmed Madobe for his decisive election as President of Jubaland state.

Ahmed becomes the highest-ranking official in Somali Government to support the election of Madobe, who won 65 votes out of 74 MPs cast their votes in a parliamentary ballot held in Kismayo on Thursday.