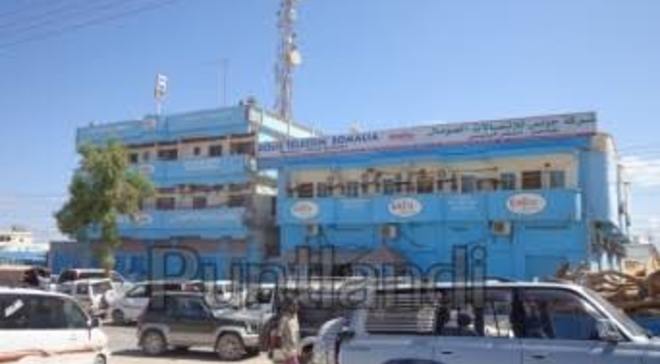 Garowe, Somalia– State Presidential security units on Sunday morning closed the headquarter of Golis Telecommunication Company in the capital on order from the government, barring staff from entering their offices, Garowe Online reports.

Golis company official confirmed on a condition of anonymity the closure of the company by heavily armed soldiers ordered by the Vice President Abdihakin Abdullahi Haji Omar and forcibly demanding the company to make payment of $ 30,000 as contribution to Puntland Army.

“Golis management is still in talks with the government to agree on the colossal amount and it’s seeking to resolve the matter swiftly” added the official.

The company still mourns the loss of its Marketing Executive on Friday afternoon after car crash on the highway outskirt of the capital city.

Puntland government is demanding private companies to pay contribution excluding taxes to help government debt’s crisis and to pay civil servants and army soldiers who staged mutiny for lack of wages for months.

Golis is one of the largest Telecommunications service provider in Puntland region that operates various services including mobile and internet services.

Bashir was a well-known figure among the community and regularly visiting public places to escape the radar of the security.