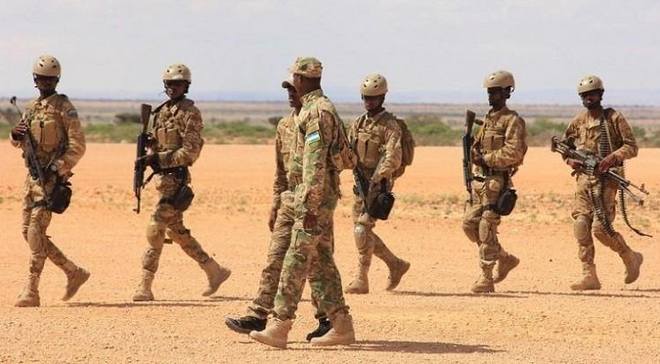 The announcement has come shortly after Puntland troops launched a more aggressive campaign to hunt for fleeing militants in Dabakaro area.

“I am hearing heavy exchange of gunfire. Here the terrain is flat except for some shrub,” Army commander, Low Abdi Ad said by phone on Sunday morning.

“Puntland forces fiercely moved into ditches, and subsequently ended the resistance posed by militants,” the Information Minister confirmed during an exclusive interview with GO.

The government has so far admitted that only two soldiers embraced martyrdom in the deadly standoff.

Despite relative calm in Suuj, the army is continuing search and siege operations near the Indian Ocean town of Garacad.