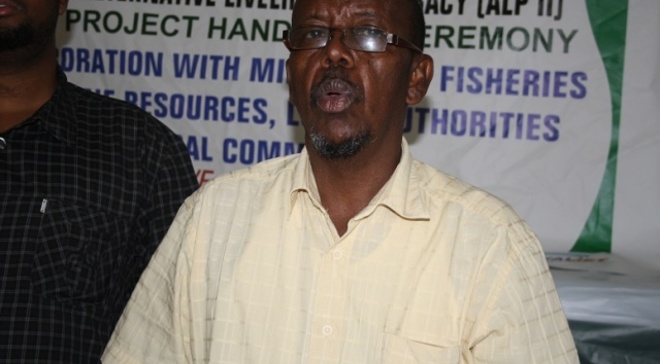 GAROWE, Somalia Oct 8,2014 (Garowe Online)-Puntland Government in northern Somalia says it will be tackling illegal fishing activities by alleged Spanish, Iranian and Yemeni trawlers in the territorial waters off the coast of string of villages along the Indian Ocean, Garowe Online reports.

In an interview with Puntland-based independent station, Radio Garowe the Director-General of ministry of fisheries and marine resources Abdiwahid Mohamed Hersi (Joar) disclosed that the government will cooperate with coastal communities on a more robust campaign against illegal fishing vessels.

Joar admitted that ministry of fisheries has received complaints from fishermen in Gara’ad coastal town, voicing concern over illicit practice which is proliferating at an alarming rate.

“Spanish, Iranian and Yemeni vessels make catches in the territorial waters and unless full cooperation is forged between the government and locals, we can’t stop illegal fishing,” he added.

The call for vehement campaign against fishing by unlicensed vessels comes a day after Gara’ad fishermen complained about the intimidations being made by foreign trawlers.