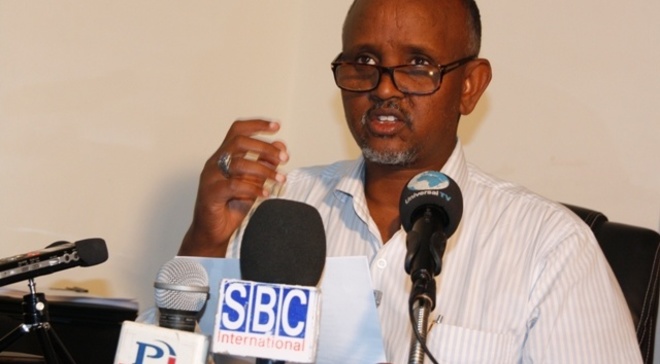 Speaking at a press conference in the Gulf of Aden Port City of Bossaso, Puntland Minerals and Petroleum Agency Director-General Isse Mohamud Farah has declared that petroleum companies will resume explorations at the beginning of this year.

With one year left the contract awarded to Horn Petroleum that spudded Shabeel-1 well on Dharoor block in 2012, Farah noted that the second phase of explorations will take place in Nugal Valley and for the second time on Dharoor block.

He once again reiterated government’s stance over the arrival of unauthorized oil companies that could stoke tensions.

Horn Petroleum plugged Shabeel-North 1, the first exploratory well to be established in Somalia since state collapse in 1991 in August 2012.

Former Puntland President Dr. Abdirahman Farole embarked on the explorations in a bid to let oil companies access vast reserves of hydrocarbons in the region.