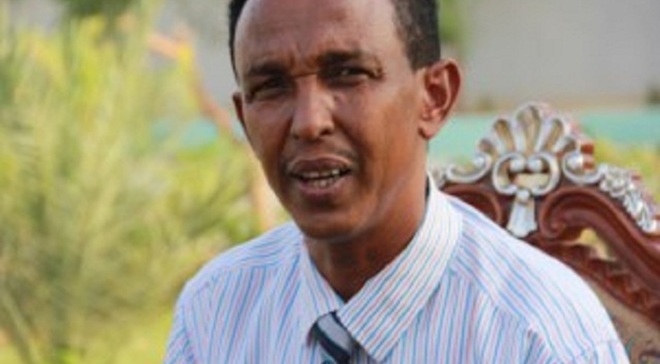 GAROWE, Puntland- The Information Minister of Puntland state has stepped down after handing over his official resignation to Puntland government on Monday, Garowe Online reports.

The resignation was announced during a press briefing in the state capital of Garowe, by the Puntland Minister of Information Mahmoud Hasan Soaade while citing “personal reasons” prompted his sudden departure from government cabinet.

During the press briefing, Soaade dismissed the allegation that a conflict between him and Puntland leadership has influenced his decision to resign.

“I presented my official resignation to the president and he courteously accepted it. There was no conflict between me and President or Vice President, my decision was due to personal reasons,” said Soaade.

The sudden resignation comes amid reports revealing that Puntland government is expected to do major cabinet reshuffle, as some Puntland cabinet Ministers are planning to take part in the upcoming Federal parliamentary elections.

Soaade also held the position of Puntland Commerce Minister before been appointed as Information Minister. However, he made a controversial remarks in June, when he threatened to “use bullets” against independent media, warning journalist against reporting “terrorist elements” in Puntland.

His actions to oppress media were widely condemned by Puntland journalists, Independent media and National Union of Somali Journalists (NUSOJ).