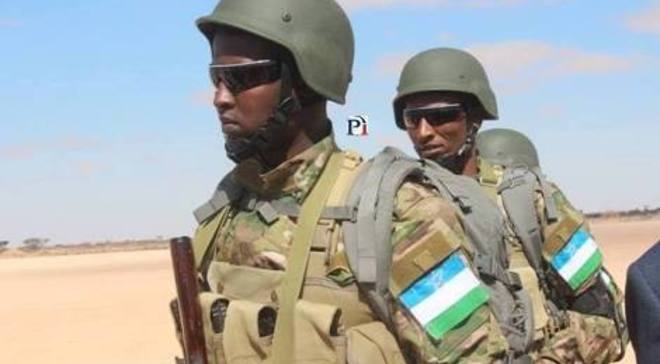 The plan to shrink the Intelligence Unit soldiers by a staggering 80% could begin soon after Puntland President Abdiweli Mohamed Ali secured funds for the agency whose employees have not been paid for up to four months.

Headquartered in the state capital, Garowe, PIA is mandated to conduct surveillance, neutralize threats posed to state security, and investigate suspects for links to terrorism.

Intelligence will reduce down to 30 officers—from 150-strong taskforce and civilian personnel—in a cut, experts say, could seriously challenge operational capabilities of the most deterrent wing within Puntland security apparatus.

US counter-terrorism agencies suspended financial assistance to the PIA program in 2012. Then-Puntland President Abdirahman Mohamed Farole managed to secure UAE funding that continued until March, 2016 in the same year.

PIA which has been operating in Galkayo since July lost two officers to August bombing. Furthermore, six others were wounded in the twin bomb blasts.

Of the 30 soldiers to be deployed, 10 will be in charge of the security of Puntland Intelligence Agency (PIA) Director-General while the remaining 20 will be stationed inside PIA headquarters in Bossaso, a source familiar with the latest developments has disclosed.

The significant layoffs come amidst uptick in Al Shabaab violence in Bari, saber-rattling with Somaliland and threats emanating from heavily-armed clan militias.