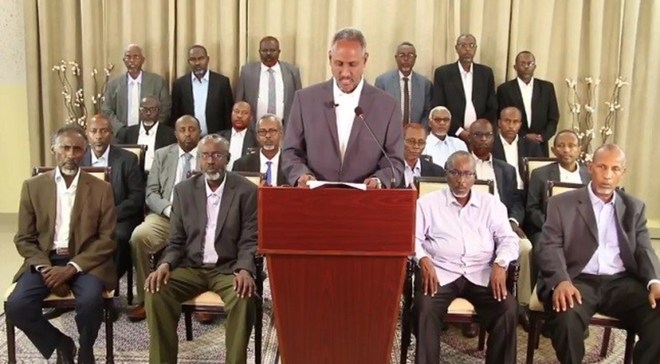 GAROWE, Puntland- The government of semi-autonomous region of Puntland has issued a ban on the al-Sadi’un Bil-Haq group, following their declaration early this month in Egypt, Garowe Online reports.

The new group named “proclaimers of the truth” which was declared in Egypt is led by an Egyptian citizen named Mostafa Kamel Mohamed.

Following the declaration, a faction in Puntland, Somaliland and other parts of Somalia have pledged allegiance to the group and announced establishment of the group in their respective constituencies.

But last week, Somali clerics have denounced the group and described it as "an anti-Islamic group" and urged the public to stay alert from accepting its extremist ideology.to apostatize other people and groups.

However, the Governor of Nugal region, Omar Abdulahi and chairman of Puntland Military courts, Abdifatath Haji Adan have announced the ban on the group in Puntland regions and order the closure of all centers linked to the al-Sadi’un Bil-Haq group.

Abdulahi said that government has instructed the security forces to arrest any member linked to the group.

The officials called the public to collaborate with the authority to face the proliferation of extremist groups that threaten the stability and security of the region.