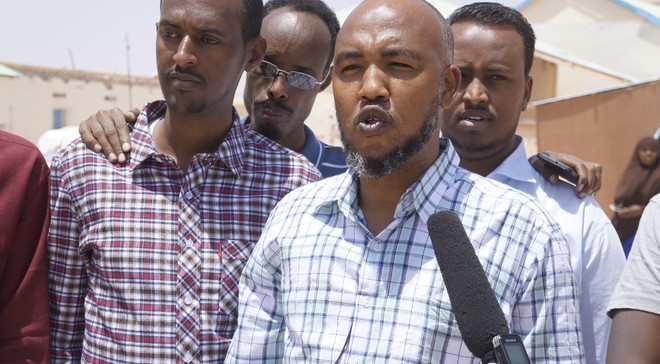 GAROWE, Somalia-Media Association of Puntland (MAP) is planning to launch a lawsuitagainst Information Minister Mohamud Hassan So’adde for his failure to withdraw controversial remarks on the freedom of press, MAP Chairman Faisal Khalif Bare told reporters in the capital, Garowe on Sunday.

MAP and members of media fraternity in the northeastern state said, the Minister seems to be intent on intimidating journalists from their work in light of his recent comments that set off a storm of criticism nationwide.

Continuing, he appealed to Puntland President Abdiweli Mohamed Ali to pay attention to the “deeply concerning” agendas of the minister while stressing that media played a vital role in projecting a better image of the state.

By Saturday, the Information Ministry ordered all media houses to register with the government, setting a July 25 deadline for compliance.