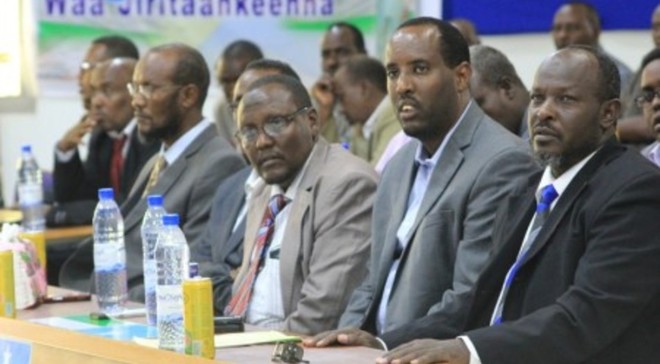 The debate on the budget review firstly trigged heated exchanges in the parliament after substantial deficit emerged over the approved budget and expenditure.

He said, the MPs summoned Finance Minister Abdullahi Sheikh Ahmed for questioning during the parliamentary deliberations.

Over USD 6 million is found to have been spent on trips to Mogadishu and March counteroffensives against Al Shabaab militants.

Ahmed criticized the Finance Minister for defending too many trips by the government officials as civil servants reel under long overdue pays.

Moreover, the MP called on the government to pay salaries of civil servants, warning of governance drawbacks should government continue to fail to attend to disgruntled employees.

The appeal comes amid complaints voiced over unpaid salaries of government employees and security forces.