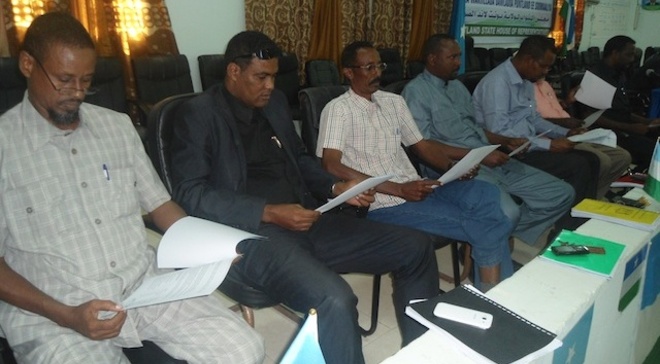 Of the 55 MPs in the parliament, 54 lawmakers voted in favor of the new state budget that sees impressive growth in comparison to 2014-2015 government budget.

Finance Minister Shire Haji Farah set higher expectations in the revenues of government and international assistance over the upcoming year while speaking in the parliament.

Puntland government operated with USD 29 million budget in the course of the fading year.

Army troops and civil servants have long complained about unpaid salaries, with units stationed on the frontline between Somaliland and Puntland staging mutiny last month.

Government is heavily dependent on the revenues being generated from Bossaso seaport and custom duties.