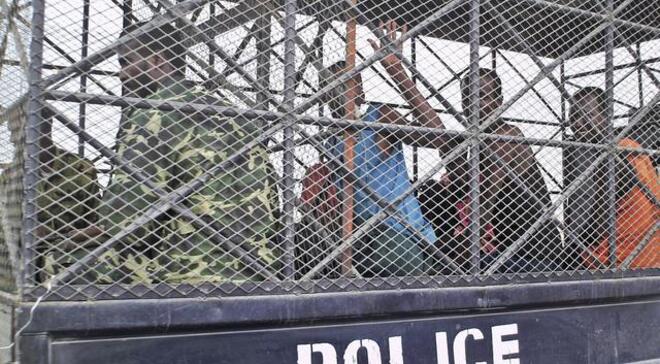 GALKAYO, Somalia - Puntland security forces have arrested a number of Al-Shabaab militants who have been carrying out terrorist attacks in the state, authorities said, in yet another milestone in the fight against violent extremism within the Horn of Africa nation.

Al-Shabaab militants have been causing havoc in Somalia since 2008, and it the process, they have killed over 5,000 people mainly civilians and members of the security forces. Efforts to dethrone them have not fully yielded results despite tremendous success.

Police in Puntland said that over seven suspected Al-Shabaab militants were arrested on Tuesday after months of investigations, adding that they are believed to have been in charge of the Mudug region, which is the worst hit by the rising insurgency.

Officials said that the captured suspects admitted to being behind various killings and bombings in Galkayo since 2018, and they're now being interrogated, according to Puntland's Mudug Regional Police officials, who, however, didn't release details of the affected individuals.

The United Nations recently released a report that showed that terrorist attacks have been increasing in Puntland, the state which has otherwise been peaceful in as many years. The regional forces and the Somali National Army have in recent weeks increased operations in the region.

In April and May, Mudug governor and his Nugaal counterpart were killed in Galkayo and Garowe respectively, further leading to operations to secure some of the areas that had been under attack. Several militants have been arrested since then, officials added.

While the presence of Al-Shabaab is increasing in Puntland, the local IS-Somalia has been controlling certain sections of the state. But a concerted effort from the local security forces, the SNA, and the African Union Mission Forces have managed to wipe out a number of them.