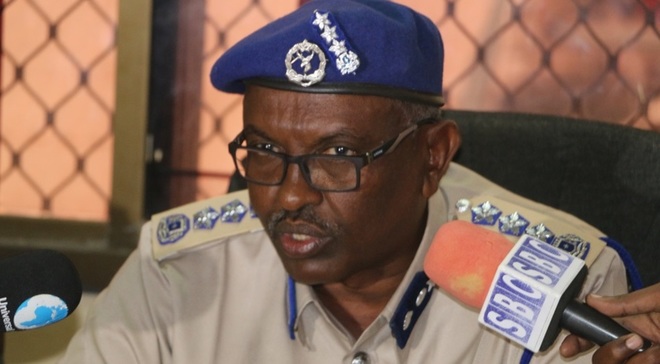 In a press conference held in the state capital of Garowe, Gen. Farah stated there are surge in crimes committed by armed youths, stealing belongings from civilians in neighborhoods. The official said the security forces are pushing efforts to apprehend culprits behind those crimes.

He also issued an order banning the use of black tainted window glasses for vehicles in Puntland cities and informed the security forces to take the necessary actions against those who violated the rule. However, the rule permits Puntland President, Vice President, Parliament Speaker and his both deputies to use it.

“With reference to an order issued by Puntland President on 12 July 2014, I officially ban the use of black tainted glasses on cars. The rule only permits Puntland leadership and deputies to use it, but the rest are banned from using it,” said Farah.

The Police official noted that criminals and fugitives use black tainted glass on cars inside cities to avoid being caught by security forces.

It’s noteworthy that the ban of black tainted glasses was introduced previously in Puntland, but authority only enforced it on civilians, whereas government officials were reported to still use it on their vehicles.