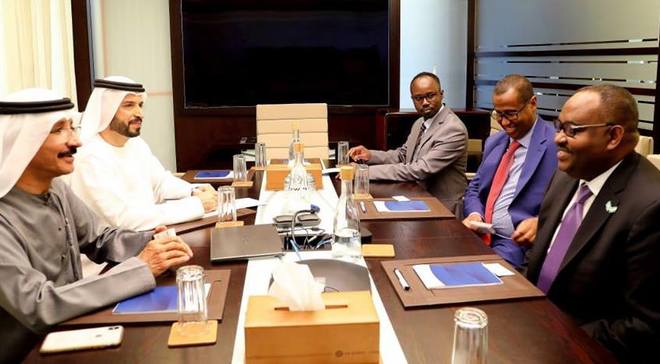 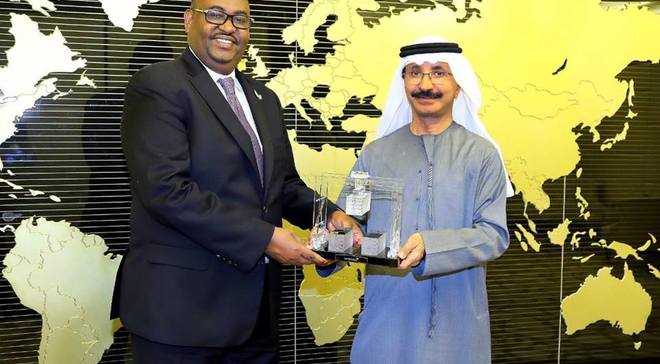 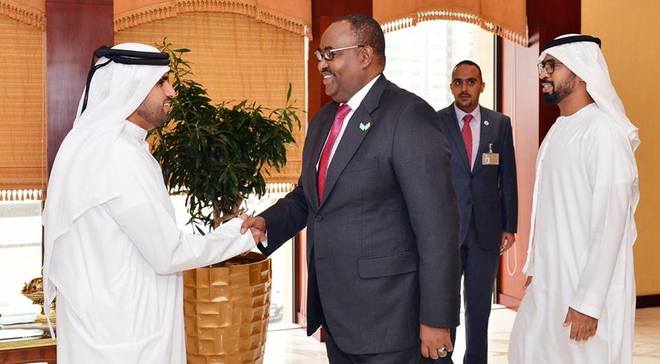 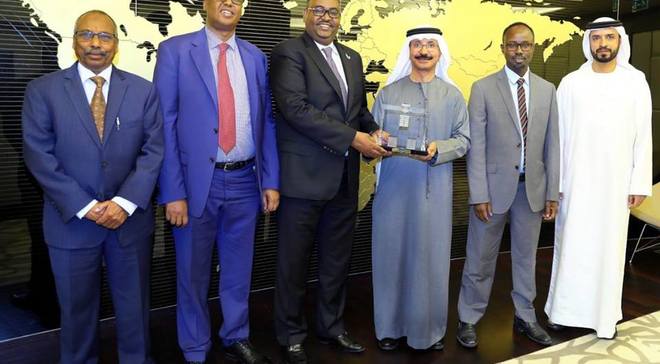 The Presidency said in a statement, Deni and DP World chairman Sultan Bin Sulayem discussed the project to expand and develop Bosaso port during the meeting in Dubai in the presence of Puntland ministers.

In 2017, the Puntland government signed "a multi-million dollar deal” with DP World's P&O Ports that has won a 30-year concession for the management and development of the port on the Gulf of Aden.

The president said his government is committed to foster security and infrastructure development and creating an enabling investment environment for the International companies and foreign countries.

DP World has promised to speed up the work of modernization of the port that will see regain its right as an important port and a critical maritime transportation route in the Puntland state of Somalia.

Deni who is on his first visit to UAE also met with the top officials of the Dubai-based airline Flydubai and discussed ways the airline to start direct flights to Puntland.

The port project promotes the historical and trade relations between the countries of UAE and Somalia. Puntland sees the deal contributes to its economic growth.

The Port of Bosaso is a commercial hub of Puntland, and located 2000 kilometers [1242] north of Mogadishu. It occupies a strategic location for maritime transport in the Gulf of Aden at the Southern approach to the Red Sea and Suez Canal.

The smugglers are currently being grilled in custody in Puntland state and waiting to be put on trial in the coming times.