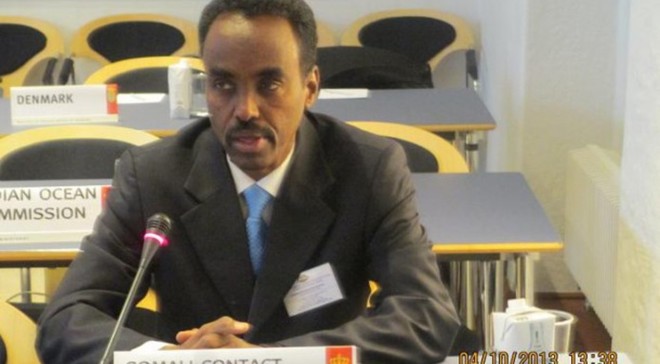 Puntland President Ali dismissed Abdirizak Mohamed Dirir “Duaysane” from his post following consultation with the Minister of Ports and marine transportation, according to the official document received by GO.

The presidential decree comes into effect to boost agency’s operations and mission to fight piracy off the coast of Puntland region, read the document.

However, the presidential decree was signed by the President despite his absence oversea, but according to the state constitution his Vice President-the acting President is mandated to appoint or sack officials during the absence of President.

The move comes following recent incident of hijacking Oil Tanker Aris 13 and its crew off the coast of Alula district by local fishermen. Duaysane has previously warned against illegal fishing in Puntland waters and its risks of returning back the piracy in the Horn of Africa.

Duaysane who was appointed by former Puntland President Abdirahman Farole, took a big role in fighting piracy off the coast of Puntland during its peak between 2010 till 2012, and extradited many convicted Somali pirates serving jail sentence overseas to complete their sentence inside Somalia.